Hacking What are these Game IDs? 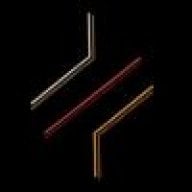 I made the mistake of removing a backup launcher channel in the past through the system menu instead of the WAD. I thought I found the right WAD that I used to install, but WAD Manager gave me an error... so I'm removing the ticket with AnyTitle Deleter.

I've recognized all of the Game IDs with the GBATemp Wiki except for this one:

I also have HAXX but I searched here and saw that was the IOS, so I know to leave that one alone... but wtf is BJCH? Would that be the gamma channel that I removed with the system menu?