Well, this week has been kinda of a hell for me, since on monday, it was my 6th test and well, i fail it mainly because i was too pre-occupied with vehicles on my right while i was making a U-turn and i didnt noticed the danger on my left.

Tuesday, after going for another 200/300 mins of training, it was time for my 7th test and i was really pathetic, all these time i was able to get out of camp and what happened? This time round, i messed up at the directional change|| 3 point turn area and had to return really quickly, after that, whatever amount of confidence that i might have left have been wiped out. It was my lowest point as a trainee, heck, even those driving instructors' scolding fail to demoralize me.

Wednesday was spent clocking millage and going for assessment and what i heard from those assessor was pretty helpful since apparently, i guess i managed to developed a phobia of stalled engine which meant that whenever i were to slow down or stop, i would clutch in first and then break, which normally would be fine but if you considered that if i were to do this on a steep slope, it would be pretty dangerous..

Thursday was my last day as a trainee at kaki bukit since it's time for my 8th test and well, i guess the feeling of gloomy somehow managed to made me have the best test result so far. Although i failed, but at least no more hitting the kerb and i gone the full route

So, what i did today on friday was simply, clearing up my closet, tossing everything into my field pack and spend the morning doing shit work like answering the phone and shredding paper while i was waiting for the manpower branch to revocate me to a new job

That's the end of my life as a trainee driver and hopefully, it will be the start of something great. In the meantime, according to what i heard, waiting for a revocation would take around 2 to 3 months, so in the meantime, i be wasting my time doing clerk work haha.

Well, at the very least, i gained some stuff from the course, obviously, how to drive and more importantly, my self-confidence has gotten a much needed boost in a long time

It might not be a lot, but at least, there's a boost

congratz on your 8th test! those tests really seem to b a pain in the ass. 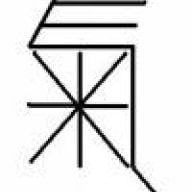 What countries army are you in? If its got a cyber warfare dept. sign up for that.

elmoreas said:
What countries army are you in? If its got a cyber warfare dept. sign up for that.
Click to expand...

i am in the singapore army and i dont think they allowed non-regular to be in that dept, at least i never heard of anything close to that.

This is the dept I am talking about, at least the USA version. If ours is just getting started yours is probably too so maybe you can get in regardless of title/rank/position. http://news.yahoo.com/s/ap/20101025/ap_on_...rwarfare_manual

D
Confusion from switch from SXOS to Atmosphere