What is next for the former rivals? Well the guy who co-created Sega's own "Mario killer" attempt has joined Nintendo.

Hirokazu Yasuhara, a long-time industry veteran and game director for the early Sonic the Hedgehog titles, has assumed a new role at Nintendo, Gamasutra has learned.

Both Nintendo and Yasuhara himself have confirmed the move, and while neither party revealed his new role, Yasuhara said he will be working at Nintendo of America in Redmond, Washington.

Throughout his career, Yasuhara has worked as a game designer for a number of major companies, and has contributed to some of the most successful games and franchises of the past two decades.

He got his start at Sega in 1988, where he served alongside Sonic co-creator Yuji Naka as the director, game planner, and designer for many of the original Sonic the Hedgehog titles for the Sega Genesis and Sega Saturn, spanning the original Genesis title in 1991 to Sonic R in 1997. For his remaining time at Sega, Yasuhara worked on smaller games like Floigan Bros for the Sega Dreamcast.

Around 2000, Yasuhara spent some time at 2K Sports' Visual Concepts Entertainment division, and in 2002, he became a senior game designer at Naughty Dog, where he worked on the Jak & Daxter and Uncharted franchises.

Most recently, Yasuhara worked at Namco Bandai, where he helped create the 2010 release Pac-Man Party, a mini-game collection for Nintendo Wii that celebrated the 30th anniversary of Namco’s most iconic character.

They were also behind the cancelled Project H.A.M.M.E.R. 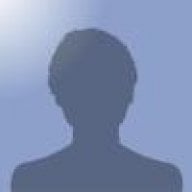 This is a shocking betrayal, and a travesty that besmirches the good name of Sega... or it would be if we were still living in the 90's, anyway.

Now? Good for him. 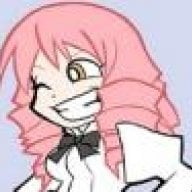 let him work on the next mario game

if u cant beat em, join em which is probably the most intelligent thing to do here. Maybe he can make other nintendo games faster.

Nintendo fan since the 80s