I have a wii with 4.0U that i was able to install the HBC via Bannerbomber.

So i I did fallow a tutorial. very similar to http://gbatemp.net/index.php?showtopic=171901 (Modify any Wii 4.2 & below, aka the simplistic mod).

Everything was ok, but at the end i couldn't get anything on USB-loader.

So i decided to instal some IOS update from the wad Manager.

Everything was successful but after the last restart the wii no longer allows me to run anything from the HBC or the Bannerbomber.

IT loads (visually) but when it's time to start..nothing. HBC and Bannerbomber go to a black screen and no aplication.

I was thinking it has to do with a Bad CiOS that i have installed, bad as in "wrong" version since i have use does WADs several times on other WIIs.

thank you in advance and sorry for the inconvinient. 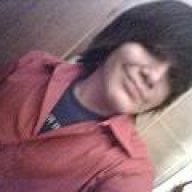 What IOS's did you install?
P

The other one i can't remember

I format the card and "lost" everything on it


I know i'm not making your life easier but i have gone to every tutorial and the fact that bannerbomber goes to black screen and every option on the HBC does the same makes me think i have screew one of the iOS.

how to update it it's the question for me, I think!!
P

Did you install anything named cIOScorp?

Be careful when running Trucha Bug Restorer. Did you press B to NOT IOS reload the first time you're downgrading IOS15?

It sounds like you don't know what you're doing. If I were you I'd just nintendo update then follow modify any wii guide. To start fresh o.o
P

To me, it looks like IOS36 failed to install and became corrupted instead.
I'm not entirely sure exactly which IOS it is, but all homebrew usually uses the same IOS. It's either 34, 35 or 36, but since you say you tried to update 36, if you didn't touch 35 or 34 that's probably it. HBC uses whichever one it decides is the best one at the time you install it (the newest unmodified IOS). So, it would explain HBC working but no homebrew working.
P

So i could use an "update disc" to upgrade to 4.1, like wii fit plus and they will patch all this and i will be able to run bannerbomber again and do the correct steps is that it?


i prefer to update via disc and to 4.1 because i have read that 4.2 can screew your wii.