So as the appropirately named title says,
I have recently gone and purchased myself a 3DS and it made me wet in the pants... I mean wut?

Anyways, Being the impulse buyer I am, Paycheck came in and I went straight to our electronic store and picked one up.
Along with:
Super Pokemon Rumble
Mario Kart 7
Kid Icaris

So I mean these games are pretty cool and I enjoyed them alot but Im looking for something new for it.
But anyways, I looked at the list you guys reccomend and out of those I want to get a few of them and what a recommendation and a REASON
would be helpful.

Super Mario 3D Land
Cave Story 3D (Really keen to know what this is about and stuff)
Sonic Generations (I have this on 360 but is it worth getting on the 3DS?)
Shin Megami Tensei: Devil Survivor Overclocked (Kinda keen on an RPG game for 3DS, Any good?)
Tales of the Abyss (Im a huge fan of the Tales of Series, Really keen, Opinions?)
Dream Drop Distance is a given, Im picking that up as soon as I can


But yeah, Whats most bestest best out of those and why?!?!?

Tales is great imo.
Classic tales gameplay, good and frequent voice acting.
New game + boosts replayability. 3d isn't amazing and movie cutscenes are 2d only.
I've logged many hours on it and I'm still not tired of it.
If you played this one before, its the same game, just portable.

Also look out for Heroes of Ruin.
Coming to USA next month. Multiplayer hack and slash goodness.

Location
just outside the 13th hierarchical city of kagutsu

I agree with vamp, I've had abyss since its release and I'm still playin it. Its a great game to have if you like tales games.

My recommendation is the Shin Megami Tensei: Devil Survivor Overclocked title. If im not mistaken its the same game as it was for the DS remade for the 3DS. And if thats correct, there are hours of high quality game play to be had. Im betting this game will give hours to burn while you wait for some better games to be developed.
Reactions: 1 person

Out of those, Tales of the Abyss (has a pretty solid story, with it's ups and downs, you'll never really have a fully completed game unless you beat the game like two times or so from what I recall, since you can only get some stuff on the second playthrough like certain costumes iirc), SMT Devil Survivor Overclocked (there's a DS version of this game, but this one basically adds more content, better graphics, full voice acting and some other stuff, pretty good game and a must have for S-RPG or just SMT lovers) and Super Mario seem good choices, I'd personally recommend Samurai Warriors Chronicles (although it's usually hit and miss, people either love the games or hate them, personally I love them since it's based on real history facts from Japan for the most part, and it's always cool to kill thousands of people), Heroes of Ruin (it's kinda like diablo, only played the demo when it came out, but it was really amazing for people that like western rpgs) and that's that I guess.
R

CS can't be wrong. It was a great indie game on PC.

Tales of the Abyss is a must have.
The game is going to suck you dry on free time hours

And I'm just on me 2nd playtrough xD.
First playtrough took around 94 hours. But I think I probably did like 85-90% of all sidequest's + got all C.Cores (except 2) + Masterd half of the recipes on 4 characters.
I heard that there was a lot of side quest in this game that are easy to miss. So I often re visisted each town and talked to all npc's and sleept at each inn 3 time's and such to make sure I didn't miss anything.
Now on 2nd playtrough I'm using a Sidequest guide though =)
Also bough Tales of Vesperia a few days ago on Xbox Live, (Only have like 19 hours played on it though)

EDIT: I'm afraid that after this all other game's for the 3DS is going to feel so short (-_-)
Click to expand...

Isn't there already a thread like this? It's a sticky.

Yea but he want people's opinions.
Which aren't avaible in the sticky.
D

In that case, you should get MK7. It's online is amazing. I play it 70% over Single Player.

MK7 was already purchased.
The list up top of the op is what they already have.
The ones listed near the bottom are the ones they're thinking of buying.

Haha, Thanks a bunch guys, This is really helpful, Looks like Im going to be getting the Tales of game and detroying my free time. Heroes of Ruin sounds like a good game to look forward toom, Ill keep an eye out. Is there anything else that I should keep an eye on in the future?... Except Kingdom hearts and Pokemon B/W2 and Harvest Moon also. Cause harvest moon is freaking cool. 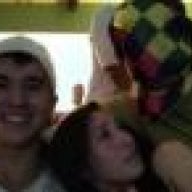 How has no one said Resident Evil Revelations yet? Its definitely up there in the best of 3DS games category! An amazing game with stunning graphics and wonderful story. Plays really well

WAIT WAIT WAIT. Back up the horse now. Kingdom hearts comes out in like a week?! I assume AU is Australia. In which case New Zealand will get it at the same time and omgomgomomogmogmgomgomgomgomgomgomg... Made my day.

outgum said:
WAIT WAIT WAIT. Back up the horse now. Kingdom hearts comes out in like a week?! I assume AU is Australia. In which case New Zealand will get it at the same time and omgomgomomogmogmgomgomgomgomgomgomg... Made my day.
Click to expand...

The legend of Zelda OOT 3D: it is an adventure that everybody needs to play at least once, why? It is epic it changed game history it has 300 hours of playtime(For me it had 300 hours ) 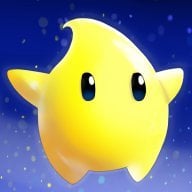 outgum said:
WAIT WAIT WAIT. Back up the horse now. Kingdom hearts comes out in like a week?! I assume AU is Australia. In which case New Zealand will get it at the same time and omgomgomomogmogmgomgomgomgomgomgomg... Made my day.
Click to expand...

No, it's still just over a month to go. It's coming out in July, not June.

So Resident Evil is a must get? I keep looking at it and it looks like the control scheme would bug the crap out of me. But I'll look into it more!'
I guess Mario is a given on a Nintendo console.... But yeah. Idk. Mario is abit of a feel that when you play one you have played them all. Except for Galaxy. That was freaking awesome.

Also any news on Super Smash Bros? I heard it was getting a release at the end of the year. Obviously thats a must grab also.

Also to finish I would like to see a possible Sequel or spin off of The World Ends With You. I mean with Kingdom Hearts DDD it makes a huge apperance so obviously Square Enix sees a fanbase behind it why not pursue it and take over the dying franchise we call Final Fantasy. ~Braces for Impact~

G
Gaming Games released on both DS and 3DS