This is a Public Group.

Feel free to share anything important to you independently from your birthplace, language and culture, as long as it's 90's related.

Ciao @JuanMena
This group had gone completely unnoticed by me. And it is unfairly and sadly deserted and abandoned; what a shame!
As for me, I remember that in those years, coming back from high school, I rushed home to watch some unforgettable anime series (Saint Seiya, Ghost in the Shell, Berserk, Hokuto no ken, Ranma1/2) and, in the evening, equally memorable American telefilms (Beverly Hills, E.R., Friends, New York P.D. or re-runs of Supercar, Baywatch, McGyver etc.). Not to mention the first films on Batman, Spider-Man, Terminator, Jurassic Park and many others, which arrived in Italy in those years.

As you can see, practically my human and imaginary formation is partly due to the culture of the United States and partly to the Japanese one, and I have very little Italian left; well, certainly the charm and sex appeal...

As for video games, I can not fail to mention my legendary psx (at that time it was called PlayStation and that's it) and especially the memorable series of Tomb Raider and its fascinating (and busty) protagonist. The advent of the psx has meant the closure and end of the arcades, where before I spent a lot of time (and money), but where I was also trying to pick up some girls, even though they were few...
And then my first girlfriend, the first approaches, kisses and caresses....and everything else you can imagine.
This is some quick and improvised memories. Maybe I'll write more later....but I'd like to read something from other users.
Reactions: Glyptofane, Blauhasenpopo and JuanBaNaNa

Thanks for stopping by. Yeah, this group was created in order to share memories, videos, music, and whatever was important for us in that period.

Oddly enough, not only you got to see those Japanese shows as they were aired in my country too. Maybe you have missed Dr.Slump?
My imagination is too filled with classic Japanese and American cartoons, but to be honest I was more a Looney Tunes, Dragon Ball, Ranma½ and Dr.Slump kid. I guess you can tell most of my stupid jokes comes from those times

I too remember watching those classic American shows, they were good. I too remember BayWatch, E.R., Xena-Princess Warrior, Hercules, Sinbad, Frasier, Friends, Will & Grace, According to Jim, Everybody Loves Raymond, The King of Queens, Dr.Quinn, Step by Step, Seventh Heaven, Gilmore Girls, Boy Meets World, Sabrina Teenage Witch, Dinosaurs, Ready or Not, The Torlkensons, man, I could keep going.

And the best part is that 90s TV/Movies was probably a fourth part of our entertainment... we're forgetting Videogames, Music, Toys and the life on the streets with friends and what not

Sure. I certainly can't forget the series created by Akira Toriyama: Dragon Ball Z and Dr.Slump and Arale. And the series of the now forgotten Rumiko Takahashi: Urusei Yatsura, Inuyasha, Maison Ikkoku (this series particularly romantic, melancholic and poignant).

It's amazing how, even though we live in the 2 opposite sides of the globe, we were already seeing, in the 90's, the same telefilms and the same Japanese animation series.
As you mentioned, there were also American cartoons such as Looney Toons, Tiny Toons and the Hanna and Barbera or Marvel series; but actually I always preferred Japanese animation, as I love Japanese culture in general.
And I still remember that, while I was doing my schoolwork, my mother used to force me to watch the Argentinean telenovelas, starring the famous (at that time) Grecia Colmenares, Andrea del Boca, Luisa Kuliok etc. For 20 years now, telenovelas have not been broadcast anymore, here in Italy.
Now I remember the explosion of success of Stephen King's horror books, and all the movies they made from them.

As for computer science, I remember that in those years I switched from PC 386 to 486, and I emphasize my passion (never finished) for the first FPS games (Doom, Quake, Heretic, Hexen, Descent, Blood, Redneck Rampage), some of which I still play, ported to DS, DSi and PSP.
More I will say, as they emerge from my memories, and time permitting.

Ah, the 90s, where the 80s went to die. Still, this was my time as I was very young in the 80s, so the 90s are where I really began to find myself, had my first relationship, went through high-school, all that... stuff. Looking back, there were a lot of embarrassing aspects such as grunge music and culture, but I still love the video games, video game music, anime, and tokusatsu of the era. Japanese media stayed pretty strong well into the late 90s where everything else had gone to complete shit, except I guess Star Trek and Seinfeld?
Reactions: Nikokaro 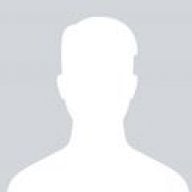 Who doesn’t love it.
You must log in or register to reply here.