I've an old PS3 that i haven't played for years.
At the past i had one ps3 dungle to unlock it, Original Firmware and had one external hd with the games. Now i don't have more the dungle and the old external hd.

But i've a new one WD MyBook External HD, can i use it to store my games? He uses USB3 and i don't knew if it will works on PS3. Which format i've use on it (NTFS, FAT32, any other) and how is folder structures for the games/homebrews apps, please?

Now my PS3 have Original Firmware version 3.41 . I didn't connected it to the internet yet.

Could anyone tell me the best way to unlock it, please? Any tutorial or video, please. How to backup to prevent damage and all.

I've installed on it: PS3break.com Manager (think it was the dungle), BackUp Manaer app (those 2 don't works. Get error to open them) 2 versions of MultiMan (very old, date from 2010) that works (have 3 games stored on ps3 internal hdd listed on MUltiMan). Didin't tested launch them because i used the dungle before, don't knew if it stills works. 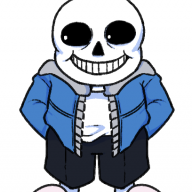 zecoxao said:
update it to rebug 4.81.2 REX
it is, hands down, the best ps3 cfw there is
you can check it at rebug.me
Click to expand...

But what's diferrence between Rex and DRex ? How make a backup of my PS3 to prevent errors? I'm new, sorry. Thank you! 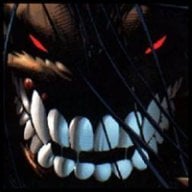 But what's diferrence between Rex and DRex ? How make a backup of my PS3 to prevent errors? I'm new, sorry. Thank you!
Click to expand...

REX is for retail systems (CEX) and D-REX (DEX) is for developers systems. Unless you converted your CEX to DEX you won't need the D-REX; just get the REX version.
D

cots said:
REX is for retail systems (CEX) and D-REX (DEX) is for developers systems. Unless you converted your CEX to DEX you won't need the D-REX; just get the REX version.
Click to expand...

I read that " DEX is recommended as TMAPI has a better compatibility over CCAPI (less freezing) for RTM tools. " and lot of people saying that DEX is better.
I think my console maybe REX, because i didn't changed it too much. Just have an old multiman version.

So what the best unlock do you recommend for me?

I've OFW v3.41. What i understood is that i've to install the latest Rebug (4.81.2). But i need an backup of my system if something does wrong i can restore my ps3. How do that (the backup and the conversion from REX to DREX) ?

Thank you very much!


I understand you want to get some backup and data before installing the CFW.
I don't know if you have to dump your IDPS, and all the same kind of data you could get from homebrew dumpers, while still on 3.41. But to do that, you'd need your dongle or an ipod.
I didn't touch my PS3 for as long as you, and I forgot a lot of things. I remember we could backup NOR from homebrew (no need of hardware flasher), but I'm sure it's almost useless (who bricked and restored NOR? is it common?)

About rebug :
don't bother with D-rex, you didn't buy a developer console, and if you didn't convert your console to become a developer one then it's still a retail. (yeah, you didn't do it)
just install the "CEX" version. you can probably convert to DEX later, once rebug is installed.

Cobra was a dongle name, and the team making it had compatibility for ISO (PS1/PS2/PS3 etc.)
the cobra sources was leaked/hacked/don't remember, and all its features added to CFW as an option you can enable in rebug.

by enabling it, you can play ISO (instead of extracted game format), PS2 even on a non backward compatible console, and enable some rpx plugins to be launched at console's boot (if I didn't misunderstood) like webman (an auto loaded multiman integrated to XMB).
I don't know why it's an option, and why it's disabled by default. Is there an issue using it ? (CPU heating? anything bad ?)


If I remember correctly, the steps are :
- disconnect from internet
- remove inserted disc (not that it could update, as if you played that game it's an old firmware on it anyway)
- install latest rebug firmware (like if it's an official update, from the USB)
- install rebug toolbox pkg
- then enable QA flag (in the toolbox menu. or is QA Flag setting only available without installing rebug toolbox?)
- enable cobra (optional)
- install multiman, webman/plugins (optional)


Then I'm not sure, if someone could explain :
most guide tells how to hack, but not what to do next or how to use the newly installed CFW.
- can you install pkg without toolbox installed? how? (I remember with hermes 3.41 I had to go to the star icon on XMB, it's still there?)
- do you have to install toolbox because it's completely missing from default rebug, or only to update it? (you probably can already install pkg because toolbox is in pkg format)
- which option from toolbox are useful?
- if you have multiman 2.x already installed, can you update to 4.81.xxx or do you have to delete it completely before installing the new one to prevent settings conflict?
- old installed games will still work the same way? (hdd0/gamez/ ? internal/external? compatibility probably got better and games working only internally could now work externally?)
- webman is not a multiman option or plugin, it's a different program? can you install both at the same time or it's conflicting?
Last edited by Cyan, Nov 24, 2017
Reactions: diegobh
D

So ill update it to OFW 3.55 after install rebug rex ; rebug tool and cobra. After ill install a new multiman.

I don't know if there's a way to check if you have cex or dex.
but if like me you still have OFW 3.41, I highly doubt you converted it to a developer console. (I don't even know what the differences are)


let me/us know how it goes, and if you had any issue (doing it, or using it once installed)
I always wanted to update mine, but don't know when I'll do it.
seeing someone with the same setup doing it could make me do the same.
Last edited by Cyan, Nov 24, 2017

PS3 is the Tekken Console!

@ Psionic Roshambo: Better than 3 hours late from a lockdown lol +1 49 minutes ago
Chat 0