So I recently got this Ps Vita 1000 from my friend, it was left alone for years and had it's screen broken. I bought a new screen replacement and I replaced it myself. But there seems to be another problem, it won't turn on or charge. I'll be listing out the things that happened so that it wouldn't be too confusing.

I don't have much experience about this stuff so I'm asking here. I tried removing and putting back again the battery but that doesn't work. I'm planning on getting a new battery but I want to make sure It really is the battery that needs to be replaced. Last time it was used was around 3 years ago so the battery might be dead, but it was working fine before I replaced the screen. I'm afraid something might have gone wrong while I was fixing it.

Sorry for the lengthy post, Any help would be very much appreciated.

TL;DR - Vita won't charge or tun on but used to work fine before 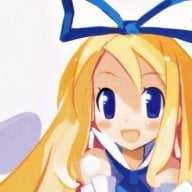 Sony PS Vita Jun 9, 2022
PoisonedShiitake
P
P
Hardware PSVITA won't turn on even if the battery is at 3,55V

Is it normal for the home button led to stay off