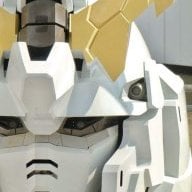 Okey guys, a vita (1001) of a friend one month and a bit more ago, just frozen, and after tried to reboot it is stuck on PS logo boot, and it would just do this.

He tried the recovery menu after try to boot (press the power button didn't work, the vita would not trun off, but reboot and stuck o vita logo), and after this, nothing changed except that the vita would not more recognize the recovery menu button set(after put to factory settings). He tried open the back and disconnected the battery but nothing changed again. And after this he just let the boot screen on and let the battery die and havent touched it anymore ( for a mouth and a bit)

So finally, yesterday I got the vita with him to see if I could do somethign. And just for my surprise after plug the charge, and the orange light started to blink for a little time, I tried the power button and the vita responded showing the battery symbol ! And after it take enought energy, it could boot and do the inicial setting like psn and etc. I could use it normally, put to sleep mode and turn on again. SO I TRIED to turn off and boot again, and it worked !! Until the after the boot got the message about the memory card asking if it was from tha person using now (because the first setup I didn't put the psn account because I didn't know them, and just put the data for demonstration as the vita asked) and asked about if wanted to use it, I put okey and after this, the vita got stuck on the f* logo again (what make think it was the memory card doing some corruption).

I putted my vita on recovery mode so I could safely format his memory card, but his vita still on that f* problem.

Someone know whats happening? And how could be fixed ?

I could, like my friend, enter the recovery menu once and put to factory setting, and like him, after this, the vita don't respond more for the recovey sequence. (tried disconect from the battery too and again, nothing changed)

I tried ever change my battery with his. And his battery was very low and got something interestingly. With his battery on very low my vita of course couldn't turn ON, that obviously. BUT his vita, with his low battery would TURN ON. So I think the system is not ever responding for the battery level.

Please Help... I have a ps vita phat that was stock for a long time, wont charge, wont turn on...

PS Vita 1000: all games have no sound but the background music plays in the system menu