Hacking noBD firmware, and how to fix?

But one thing I noticed after getting it up and running was that... my 20gig with its broken BD drive was still on the 4.46 rebug, because far as I could tell, that was the last CFW that I had that was patched to be able to be installed on a system with a missing or broken BD drive.

So, with that said, I guess I have two questions...

Second, and hopefully when I can get a replacement... how do I actually re-marry a new BD drive to the system? My Google-Fu on the situation has mostly turned up a lot of links that have since been lost to the shifting sands of the internet.
Reactions: Margen67

I can't post links directly to the files you'll need due to copyrighted code by sony, but everything is on the ps3devwiki page regarding it. You'll have to find the OFW 3.30 your self though. Anyway, you will also need some sort of USB Jigkick device. There's an app for android, iOS, PSP, TI-84 calculators, you can find one yourself. You'll just need it to get into factory service mode.

That USB you made earlier with the remarry files on 'em? Take the usb jigkick device out and plug that USB into the same USB port (the most outer right one). You should see "Drive Init Executing".
After that's done, get any BD movie and put it into the drive while it's still in factory service mode, and then get out of factory service mode and launch as normal.
Reactions: Margen67

3.30? really? I thought you needed 3.55 to actually be able to run any kinda homebrew.
Reactions: Margen67

Downgrade to 3.55 first. You will need OFW 3.30 update pup on your flash drive to get into factory service mode.
Reactions: Margen67

Okay, but in the meantime, is there a Rebug 4.70 with the no-BD enabled?
Reactions: Margen67 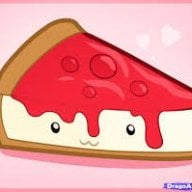 There's only one person in the thread who confirmed it worked fine. Use at your own risk.

Alright. In that case, I'll wait off on it then.

Just irritating that I basically need a whole new BD drive for that 20gig now. when I was trying to do some testing, ended up accidentally breaking the little sensor wires meant to tell it if a disc is being inserted or not. Thankfully, the ribbon cable leading back to the motherboard is fine. 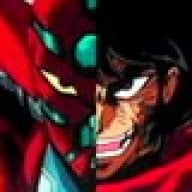 there is a version in psx-place

@ KenniesNewName: Spent most my life dead in gangstas paradise 45 minutes ago
Chat 0