I would feel guilty about listening in to something secretly recorded in their own house, but Gibson deserves no such respect. Of course you all know of his extremely hateful rants against Jews, and his threats of violence against the mother of his child, but my personal beef with him is in regard to how he tried to rehabilitate his career by teaming up with JODI FOSTER on the movie "The Beaver" in 2010 (release date was march 16 2011.) This movie has Gibson playing the role of someone suffering severe, unshakable depression. He is called a "loser," is told "your brain is broken," etc. So of course, as all depressed people must do, at least according to Director JODI FOSTER, he projects his feelings through a BEAVER PUPPET. I have suffered a severe unshakable depression almost my entire life, till I stumbled upon the answer to my problem. I consider myself incredibly lucky for being able to claw my way out of hell. Gibson should consider himself incredibly lucky that he still somehow maintains friends like JODI FOSTER, who before "The Beaver" I had nothing but respect for.

Here is the trailer to that abomination.

had to crack up when he randomly starts going "fuckkkkkk fuckkkkk"
Reactions: 1 person

That was an interesting listen, we've all heard/read the stories about him, but to listen to him ranting on like that is summert else
Reactions: 1 person

eyes said:
That was an interesting listen, we've all heard/read the stories about him, but to listen to him ranting on like that is summert else
Click to expand...

Don't you remember the taped conversations between him and Grigorieva in 2010 ? NSFW (extreme language)

That wasn't Mel being a crazy lunatic, far from it.

Mel was just doing an impression of yuyuyup after he gets modded here on the temp.

I vaguely remember something about it, but bloody hell the guy needs therapy.
Reactions: 1 person

eyes said:
That was an interesting listen, we've all heard/read the stories about him, but to listen to him ranting on like that is summert else
Click to expand...

Don't you remember the taped conversations between him and Grigorieva in 2010 ? NSFW (extreme language)
*snipped to keep the thread tidy
Click to expand...

You know, this time I may have to agree with some of your assertions.
It does sound like Mel has a breathing problem. His depression and anger could stem from that.

......Or he might just be on lots of cocaine and other expensive drugs.

Looks like it should of been a comedy, seems kinda ridiculous in that context

Can we have that read over by Morgan Freeman?
Reactions: 2 people 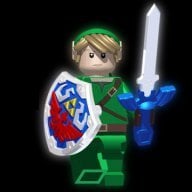 What he really needs is for everybody to ignore him.

Honestly. It's the morons giving him work and attention that are to blame.
Reactions: 1 person