NOTE TO STAFF MEMBER: If anyone is willing to make this front page worthy and see how bad of a job it is compared to you, i did my best and i am not used to the fancy enhancements (Like the Yellow Arrow next to Source ) Or formatting that you all do so well, and would like to apologize for not knowing how to use it, i am not fully user of the form as i don't have lots of experience with the functions to add more appeal. So i appreciate any edits or advice offered to improve this post or any future ones.

UPDATE: I figure out how to add the arrow next to source. Now is there.

2016 marks the 30th anniversary of what some people may recognize as River City Ransom/Kunio-kun series that began in 1986 with the arcade title Renegade (aka Nekketsu Kōha Kunio-kun in Japan). The game featured different stories and characters between the Japanese and international regions, but all plays the same. The three upcoming titles are poised to celebrate that anniversary in full force. But only one will be getting released internationally this year, as Natsume announces plans to release one of the 3 games "River City, Tokyo Rumble" In North America.

Natsume will release River City: Tokyo Rumble both physically and digitally later this year, the publisher told Polygon during E3 2016. The Kunio-kun series' first 3DS release to make it stateside is set to receive a limited-edition printing when it launches later this year, although that wasn't always the case.

The game is not to be confused with River City Ransom SP, Arc System Works’ 3DS remake of the original game. A localization of that game has not yet been announced.

2016 marks the 30th anniversary of the River City/Kunio-kun series that began in 1986 with the arcade title Renegade (aka Nekketsu Kōha Kunio-kun). The three upcoming titles are poised to celebrate that anniversary in full force.
Click to expand... 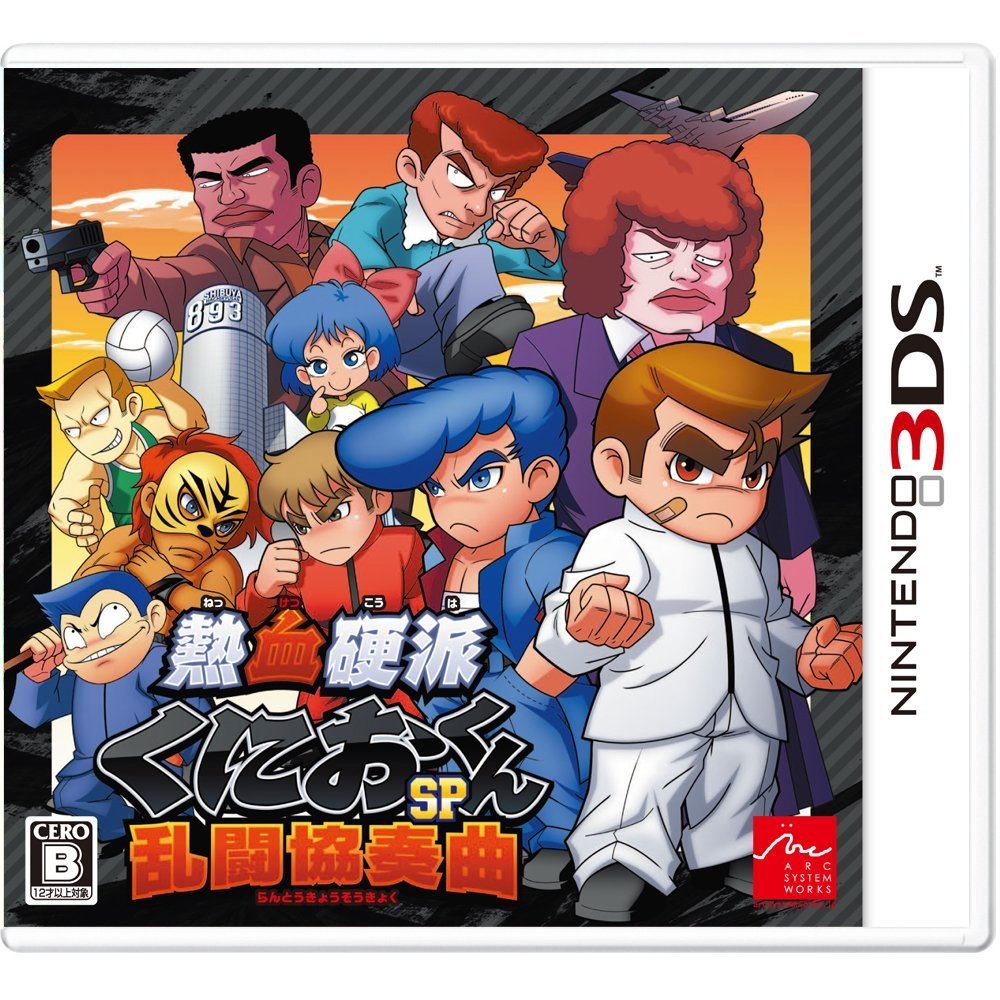 Trailer video, of the game. (To be relased internationally, the video is of japanase game) And the Video of the 30 anniversary game (JAPANESE ONLY)

Last edited by Sonic Angel Knight, Aug 10, 2016, Reason: I FIGURED OUT HOW TO MAKE THE ARROW! YAY! :)
Reactions: Froster