I am currently looking at getting a Flashcart for my sister and myself. I have already used the twilight hack and installed homebrew on my wii and that seems a lot simpler than this. I just need a little bit of help.


I already think I know which Flashcart I want. (CycloneDS) I have a few questions about what I need etc.
1.) Do I need a 3 in 1 Expansion Pack? Is this Only for playing .gba files? Is it as easy to use as the Cyclone?
2.) dealwoot offers a firmware update service. Is this needed? Can I get it elsewhere if I choose to buy off of realhotstuff instead?
3.) Is Homebrew software as easy to load as it is on the wii?
4.) Is it really as easy as dragging and dropping the .ds file into a rom folder on the sd card? Just like the wii emulators?
5.) Are DS games easy to backup?

Anything Else you think I should know?
Thank you for your help my sisters birthday is this Sunday and I'm sure this would make a wonderful gift for her as she is a nut about keeping her games safe and put up. 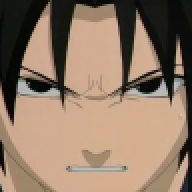 The King of the Cosmos

1. The 3-in-1 is NOT needed. It is only used for gba games...or extra ram for the web browser rom.
2. the firmwares are available right from the cyclo website http://www.teamcyclops.com/ (I highly recommend realhotstuff as a seller)
3. Everything is drag/drop. you literally put the microSD into a PC reader(it comes with it) the PC sees it as a drive, and you drop the files there. Doesn't matter if they are homebrews or "roms"
4. See number 3
5. I have never backed up my own carts, but it can be done. ( http://www.teamcyclops.com/forum/showthread.php?t=1275 ) 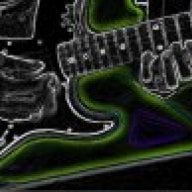 Get the cyclods it is a great flashcart and is probobly the best one out there right now.

to answer your questions
1. you don't NEED the expansion pack that is for rumble support, the offical nintendo ds opera browser and playing gba roms. i reccomend you get it, i am currently trying to get one for my cyclo but the thing is they just released these new ones the 3 in 1 plus which if you just want to play gba roms its fine but the other two features don't work for now but the cyclo team will definetly make a future update to fix that, i just hope its soon.
2.dealwoot.com is the cheapest and best place to buy it so yea get it there and no don't get the update service thats a waste of money all you have to do is download the latest firmware which is 1.54b1 and the is two files in side that folder update.evo and some readme txt .all you do is put update.evo onto the root of your micro sd card and it will auto update when you first boot up the cyclo on your ds.
3. its even easier just place the homebrew apps anywhere on your sd card ( except some apps need to be placed on the root of your sd card) and you just select the app from the menu and they load pretty fast and with most homebrew apps you can just press L+R+X+Y+A+B at the same time and it will bring you back to the cyclo menu.
4 yes it is but its easier it even has built in action replay codes and auto dldi patching (which is just needed for some homebrew apps ) and an in game menu that allows you to change screen brightness,enable or disable cheat codes,turn on slowmotion,read txt files in game, and real time save and load (which if you don't know is just saving wherever you want at anytime during a game)
5 yes they are all i do is just after a little while or so copy everything from my sd card onto a folder on my pc called cyclods backup and it brings all the sav files and everythig so you can even completely delete games from your memory card and still have all the data for those games

some other things you should kno...
the cyclo supports sdhc memory cards. that stands for high capacity so you an buy a micro sd card up to 32 gb
i personally have a 4 gb and its fine. i have over 40 full ds games , tons of gameboy, nes snes and sega genisis games,tons of homebrew apps (i even have a phone app where i can call people for real on my ds!) and 250 songs and still have tons of memory left over.

buy this flash cart, for you any your sister you will lov'em
B

If your willing to spend some extra money for the best go for it! I did it and I love all 3 of my cyclos.

@ M4x1mumReZ: @Veho, Will it be possible to install Linux over Windows? 38 minutes ago
Chat 0