I was wondering if anyone else was having any issues with the open world streaming in "Need For Speed Undercover". When I'm playing th game tends to load a area late... VERY late. So fat this has cost me many races and it's starting to get annoying. Is this an effect of the 002 protection issue ir is it what I think it is and it was just EA's lasiness and them wanting to rush the game out for last year's holiday season

? Well, peeps, tell me what you think. 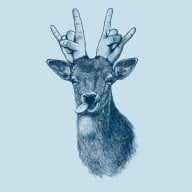 Mine does it as well. I think it's just too much to handle for the Wii sometimes.

By the way, for the next guy who's going to say "it's because it's a backup": originals do this as well as if you burned the game.
D

With modchip, it runs fine, the speed needs to be 6x. Otherwise, press + when you have the loading problem

From what I also read, if you perform a speed breaker for a split second before hitting the unloaded area or as the new area is loading... the area will quickly load and you can go as normal.
M

ohh yea i've gotten that this afternon while playing in a cop car chase started loading a second later.

afif95 said:
With modchip, it runs fine, the speed needs to be 6x. Otherwise, press + when you have the loading problem
Click to expand...

I have a modchip and tried running a backup copy of it and it still *lags/hangs/pauses momentarily* for me.
D

Well Ive come to the conclusion that the game is broken or even worse completely unplayable. I can hardly get anywhere without having to pop the damn disc in and out every five minutes. Damn game keeps giving me DRE and this is after almost two days of pretty solid play...

I know it's not my Wii because I tested my whole collection on my system today. You guys think if we bitch at EA enough they might pull an "Activision" and give us a fixed disc. If you don't know what I'm referring to google the Wii Guitar Hero 3 sound problem. Then again, I doubt EA gives a crap. This really blows. It looks like I'm going to have to hunt down a copy of NFS Most Wanted for GameCube. So far it's the only one out of these new story NFS games that's actually worth playing. Carbon's canyon races killed it for me. Try doing those damn things with the Wii wheel... NOT fun and Pro Street's lack of open world play was a automatic don't pick up. My biggest gripe with NFS on Wii is the LACK of online play. Mario Kart is great and all but I'm dying for a realistic online racer for my Wii

Thank you EA for not capitalizing as usual. You were the ONLY sports provider during the GameCube days and you didn't capitalize on that and now you have the ONLY realistic racing franchise on Wii and you're too stupid to capitalize on this. EA = Epic FAIL!!! or more like "Epic A$$holes"
D

Lighty_KD, are you using original?

If not, best off your problem lies within the media or the burn speed or both or burner or all of them

I know it's not my media. I use these disc for most of my backups and haven't had a problem yet. I guess it could be my burning but being as I'm on a Mac and my two burning programs (Burn and the Disc Utility) don't allow for speed changing, there's not much I can do there. Not to mention I burned my copy of "Tales of Symphonia: Dawn of the New World" using my Mac and it works perfectly. By the way, if you havnt played the new Tales game, you really should. I love it... to the point that I get lost in it for hours. I just love a good story and characters you can't forget easily.
D

well.. is this your first time playing EA game?
EA is known for its shovelwares... they just push out games without proper testing.
my friend worked at EA as a QA for 1 year and he proved that EA is a fucking garbage company.
even with the original disc of nfs undercover, i was able to outrun the draw distance..... then it just resets my car... that's just unacceptable, but i've seen so many cases like this with EA games.
only if EA was half as good as companies like blizzard, they would learn what proper QA is.
D

If not, best off your problem lies within the media or the burn speed or both or burner or all of them
Click to expand...

afif95, don't take this personally, but maybe you are just too 'numb' to notice the video lag... because the original discs also lag.. and if you don't believe it, just go read countless reviews online... sites like IGN.. because they even say clearly that this game is garbage and has video/draw distance lag and stuff.
S

Well mine is broke up too... but im using a backup, so i dont blame ea, and certainly im not going to annoy them since i don't bought the fuckin' game. So, fuck NSFU.
D

here is some quote from IGN

Oh, but that's not where the problems with traffic end. One of the game's bigger technical issues is that while the framerate largely stays steady, the draw distance suffers greatly for it, especially with regards to the barren traffic. Cars in the distance will first appear simply as shadows, and as you close in, the cars will magically appear out of the Netherworld right in front of you. I'm not talking about a quarter-mile down the road, but more on the order of 200 feet. At high speeds, this doesn't leave you much time to react, though at least there isn't much traffic to contend with. Sigh.
Need for Speed Undercover is not a good game by any stretch of the definition. It has numerous technical problems, including cars that don't appear until you get close to them and a poor enough overall visual quality that it can be hard to make out the track. The open world setting is misused as many races are closed off, and the driving mechanics on the whole are uninspired.

like i said, i played this game with the original disc i borrowed from my buddy..
and it was a shitty car (because i was playing for not more than 2 hours) and in one occasion i was able to outrun the draw distance (with a shitty ass car) and it just resetted my car.
at that moment i said to myself, ok that's enough, fuck this shit... then never played the game again.
G

im glad it wasnt just me that has this problem

EA has been spitting out garbage lately.. pretty much all their releases has been aweful.. NHL series is crap with every passing year...

The coming global famine. Thoughts on how it will play out?