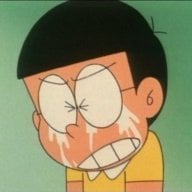 358/2 Days features the action role-playing game style of the previous games in the series. To accomplish this, the game makes minimal use of the system's touch screen functionality, and it is possible to play and complete the game without using it at all. The game includes single player and multiplayer modes of play. The single player mode is story-based, focused on Disney worlds from past games, and progresses in days. In single player mode, the player controls Roxas, the game's main protagonist, who is accompanied by other Organization XIII members. The two modes are linked in that character growth is shared between the

358/2 Days features a new gameplay mechanic known as the panel system which involves the customization of the character's levels, items, equipment, and abilities. For example, certain magic spells cannot be used if their corresponding panels aren't equipped, but can be used consecutively if multiple are attached. Weapons are also equipped using panels. There are also "Link Panels", which occupy multiple slots, but can be combined with other panels to form new or stronger abilities.

Limit Breaks, which previously featured in Square's Final Fantasy series, can be activated once the character's health drops below a certain level, indicated by a yellow health bar. Each character has his own unique abilities during Limit Breaks which are usually more powerful than normal attacks, and can attack more enemies at the same time. The second stage of a Final Limit is normally a different or powered-up version of the first, and begins at the point where the white line (starting at the high end of the yellow portion of the HP bar) meets top dead center. For example, Roxas shoots out pillars of light once the line begins to rebound.

<!--sizeo:4--><span style="font-size:14pt;line-height:100%"><!--/sizeo--><b>Multiplayer</b><!--sizec--></span><!--/sizec-->
Cooperative multiplayer was one feature on display at the 2007 Tokyo Game Show demonstrating that players can work together, in addition to the traditional use of AI-controlled partners. This is the first Kingdom Hearts game to feature cooperative multiplayer. The multiplayer gameplay is separate from the single player story and is mission-based, including cooperative and competitive player battles. Up to four players can play as one of the fourteen members of Organization XIII, with each member having different weapons, skills, and stats. Sora, Donald, Goofy, King Mickey, Riku are featured as secret characters in the multiplayer who are unlockable while playing through the main story. 358/2 Days' multiplayer also features a chat system for communication between players, but differs from PictoChat in that everyone will draw on the same screen.
<div align="center">
<img src="http://64.19.142.11/upload.wikimedia.org/wikipedia/en/5/51/Kingdom_Hearts_358_2_Gameplay.jpg" border="0" class="linked-image" /></div>

<!--sizeo:4--><span style="font-size:14pt;line-height:100%"><!--/sizeo--><b>Setting</b><!--sizec--></span><!--/sizec-->
Like the other games in the series, the player progresses through a collection of various worlds, based on various locales from the Disney animated features canon: Agrabah from Aladdin; the Beast's Castle from Beauty and the Beast; Olympus Coliseum from Hercules; Halloween Town from The Nightmare Before Christmas; Wonderland from Alice in Wonderland; and Never Land from Peter Pan (featuring a string of islands new to the series rather than Captain Hook's pirate ship and Big Ben from the first game). The game also features worlds created specifically for the series by Square Enix. The most prominent world is The World That Never Was, which first appeared in the secret ending of Kingdom Hearts and serves as the game's main hub, followed by Twilight Town, a frequently-explored locale. Castle Oblivion and Destiny Islands also appear in cutscene

<!--sizeo:4--><span style="font-size:14pt;line-height:100%"><!--/sizeo--><b>Characters</b><!--sizec--></span><!--/sizec-->
The game revolves around Roxas, who was first featured at the beginning of Kingdom Hearts II. Roxas is the Nobody of Sora, the series' main protagonist, born when Sora's body vanished as he briefly lost his heart and became a Heartless, and joining Organization XIII, a group of powerful Nobodies who served as the main antagonists of Kingdom Hearts: Chain of Memories and Kingdom Hearts II. Like Sora, Roxas has the power to wield the Keyblade, a weapon normally used for battling darkness. The other members of Organization XIII play a prominent role as well, particularly Axel, Roxas's best friend who debuted in Chain of Memories. The game also introduces a new member: Xion, a girl who resembles Sora's friend Kairi and can also wield the Keyblade.

Other characters who are featured include Naminé, a girl with the power to manipulate memories; DiZ, an enigmatic man wrapped in bandages; Riku, Sora's best friend; and King Mickey, Riku's ally and ruler of Disney Castle. Sora, the main character of the previous games, is featured prominently in the plot, along with his allies Donald Duck and Goofy, though they appear quite infrequently in the form of several flashbacks and memory-induced scenarios. Also appearing are Pete, a persistent villain who first appears in Kingdom Hearts II, and Hayner, Pence, and Olette, a trio of friends living in Twilight Town who also debuted in Kingdom Hearts II. As with the other games in the series, each Disney world features several characters who appear in the films their worlds are based on; on the other hand, no Final Fantasy characters are featured apart from a Moogle managing a shop for the Organization. This game features 19 playable characters, which is the most playable characters ever featured in a Kingdom Hearts title to date.

<!--sizeo:4--><span style="font-size:14pt;line-height:100%"><!--/sizeo--><b>Story</b><!--sizec--></span><!--/sizec-->
Unlike most Nobodies, the newly born Roxas lacks knowledge of his past life as his original self, Sora, had been restored to his original form, but grows a personality as time passes. Roxas is first discovered in Twilight Town by Xemnas, the leader of Organization XIII, and recruited as its thirteenth member. Each day, Roxas is sent on missions to other worlds, alone or accompanied by a fellow member, to destroy vast quantities of Heartless with his Keyblade and release stolen hearts, learning that his actions will further the Organization's ultimate goal to summon Kingdom Hearts and allow them to become complete beings.

Over his first few days in the Organization, Roxas is placed under the mentorship of the member Axel. The two end up becoming close friends and meet up with each other at the Twilight Town clock tower each day after missions to eat sea-salt ice cream together and talk about what's on their minds. One day, Axel is stationed at Castle Oblivion along with a group of other members, leaving Roxas to be partnered with a girl named Xion, the Organization's fourteenth member who was inducted shortly after Roxas and, like Roxas, has no memory of her past and has the power to wield the Keyblade. Xion begins to open up to Roxas, who suggests that she becomes friends with him and Axel once he returns. However, Roxas soon falls into a coma and does not revive until several weeks later.

As DiZ and Naminé watch over Sora while he sleeps to restore his altered memory after the events of Chain of Memories, Roxas begins to experience the process for himself, growing increasingly curious about why he can wield the Keyblade. In addition, he learns that all of the Organization members stationed at Castle Oblivion have been annihilated. Roxas is saddened by his friends' disappearance, but Axel soon reappears. However, Xion has mysteriously lost her ability to use the Keyblade. Roxas and Axel cover for Xion until she finally remembers how to summon the Keyblade via retraining, and the three become close friends.

Later, Xion is thrown into disarray over the nature of her existence after battling and losing to Riku, who is working behind the scenes dressed as an Organization member, and distances herself from her friends to learn more about herself. She eventually discovers that she is not a Nobody, but an imperfect replica of Sora created from his scattered memories by Xemnas, who plans to use her and Roxas as alternatives, in case Sora proves useless to their cause. Furthermore, Naminé's attempts to restore Sora's memories affect not only Roxas, but Xion as well, preventing Sora from regaining his memories. Torn between staying with her friends and merging with Sora as per Riku's advice, Xion eventually decides to make the decision best for everyone and attempts to escape from the Organization, particularly when her powers begin to increase dramatically while Roxas inversely grows weaker. However, she is forced to fight off her friends, who are ordered to track her down whenever she escapes. Understanding the situation, Axel eventually allows Xion to escape, but loses Roxas's trust. Upon learning the truth about Xion from Xemnas, Roxas begins to doubt the Organization's motives and his own identity. Finally frustrated with his unanswered questions, Roxas leaves Organization XIII, leaving Axel dejected.

At Twilight Town, Roxas is attacked by Xion, who reveals that she had been created by Xemnas to absorb Roxas and become the "real" Sora. However, after a grueling battle, Xion allows Roxas to defeat her and requests that he release Kingdom Hearts and put an end to Xemnas's plan before her body dissipates and return to Sora, causing everyone's memories of her to slowly vanish. While heading back to do so, hoping to revive Xion and renew his friendship with her and Axel, Roxas encounters and battles Riku, who was dispatched by DiZ to capture him. When Riku is defeated, he taps into the suppressed darkness in his heart, granting him the power necessary to subdue Roxas, but also giving him the body of Ansem, who resides in his heart. Riku subsequently brings Roxas to DiZ, who inserts Roxas into a virtual simulation of Twilight Town without any of his Organization memories so that Roxas may eventually merge with Sora and complete the restoration of his memories, setting the stage for Kingdom Hearts II.

I have a few comments about it.

1. It's almost not a review. It's like you didn't give your opinion of the game at all, and instead, just posted the features and an unnecessarily long summary of the plot and other things that don't matter if you don't describe it. Your'e supposed to review it. You also copy pasted everything from Wikipedia and just gave a score.

3. Add pictures. The entire thing (I call it thing because it wasn't a review) was bland and boring to read. A banner of the game would be nice at least.

4. Summarize everything, since not everyone wants to read everything. Please, make an effort to type and not copy paste from Wikipedia.

i wanted to close this but idk how...

Report the first post of the page and say that you want to close it.

KingdomBlade said:
Report the first post of the page and say that you want to close it.
Click to expand...