Molyneux: Milo was canceled because the industry's not ready.

“The problem with Milo wasn’t the ambition,” said Molyneux, speaking earlier this month in San Francisco. “It wasn’t the ambition or the technology; it was none of that. I just don’t think that this industry is ready for something as emotionally connecting as something like Milo.

“The real problem with Milo, and this is a problem we had lots of meetings over, was where it would be on the shelves next to all the computer games. It was just the wrong thing. It was the wrong concept for what this industry currently is. Maybe this industry one day won’t be like that, but at this particular time, having a game that celebrates the joy of inspiring something and you feel this connection, this bond; it was the wrong time for that.
Click to expand...

And there I thought it was cancelled because it looks suspiciously like a pedo sim.
Reactions: 7 people

No ego there or anything.
No scapegoating either
Reactions: 1 person

Foxi4 said:
And there I thought it was cancelled because it looks suspiciously like a pedo sim.
Click to expand...

Exactly. The world just isn't ready for such a game.
Reactions: 1 person
S

The world is always ready for innovation.

“The real problem with Milo, and this is a problem we had lots of meetings over, was where it would be on the shelves next to all the computer games.
Click to expand...

Next to the Imagine Babyz titles.
Reactions: 1 person

And here was me thinking that it was cancelled because it was a fake, contrived, scripted tech demo that absolutely nobody would be interested in playing.
Reactions: 12 people

Of course, he could always try pitching this game to Nintendo where it will be called, "Nintenboys". XD

It's true, to an extent. The game wouldn't have sold worth shit, considering what was being put into it. And the market now isn't about making an interesting or insightful experience. More than ever, it's become a market proliferated with games whose sole purpose is to make money. I think there's a current disconnection between what this money was supposed to be for: it used to be, some devs would set aside projects exclusively to sell, just so they'd have the funds to do something they thought was cool. Not so much anymore.

And, not to mention, really, what kind of game would this have been. It is an interesting step, but not a step worth indulging in beyond novelty. It would have went nowhere--and its ambition could not readily accept how limited the concept would have played out. This would've been like Hey You! Pikachu 2.0, mixed with a pick-your-own-adventure.

There's just one condition Milo would have to meet to be a well-received product - it would have to be XBox's version of Siri. That'd be quite cool, actually.

No one was ready for Fable II or III and they released them anyway.
The concept would only work if the AI was like Sora in Ever 17. Good luck with that.
Glad they decided to cancel it instead of wasting everyone's time. This game would have gone south, very, very fast. God I can just see the pedobear youtube videos now...

Dating sims in themselves are retarded and make you look like a lonely loser but how much worse is a friend simulator?

Again this seems like a "prize puppy" thing, where it's only use is to show off to other people. It's like Uncharted: Golden Abyss for the Vita, Siri for the iPhone, and plenty of other examples I can't think of.
Reactions: 2 people


Sorry, it had to be done
Reactions: 1 person

That shit was creepy as hell. The only people who were interested in it were pedo's.

Ah, it's been too long since the last time he made some bombastic and audacious claims; they're kind of refreshing, their own way.

I feel like Molyneux lives in his own little pocket universe, and that all of his creative endeavors have been attempts to translate elements of it into our world. Sometimes it's successful, and other times... not so much.

Give this to certain Japanese game developers and they'll know what to do with it.
Reactions: 1 person
S

in other words: "It really didn't live up to the hype that I gave it. We completed it, I spent hours and hours with it, and found out that half the stuff I promised about it wasn't there and it wasn't fun."
Reactions: 1 person 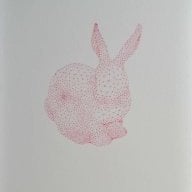 It actually creeped me out at first, but it's obvious that people will abuse of the Milo. Most are not ready for this, god just look at some of the comments, they are just making "cruel" jokes of this

ShadowSoldier said:
in other words: "It really didn't live up to the hype that I gave it. We completed it, I spent hours and hours with it, and found out that half the stuff I promised about it wasn't there and it wasn't fun."
Click to expand...

Fuck Milo. Only the Japanese (Mostly 12-year boys) like that dating sim shit. The world God Only Knows anyone?