So far I have gotten everything working nicely, PSP games, PS1 games, Emulators, ect.... one rom eludes me though DEjap ver of star ocean for SNES, i have it, it tries to boot it, but it doesn't work? i remember playing it just fine on my 2000 model psp, but that system is long gone, and yes i realize there was a psp remake, and why not just play that?, well IMO (owning a physical copy of the game my self) i think it sucks, feels like i am playing a Rom hack of star ocean 2, non the less the snes game looks a lot better any how, one thing i do know is Street Fighter Alpha 2 Runs off the same board and chips that star ocean used, and SFA2 runs just fine. also Star Ocean is one of my test games that i use to make sure a emulator is working properly and set up correctly. if the emulator can run that game, it can pretty much run any snes game. (considering it worked on my 2000 model when i had it)plus the newer emulators versions, it should be able to run it. But enough about that, i have a couple other questions as well. 1 is there a way to compress PS1 eboot file size, PSP games i know have CSO, and another thing, can any of the emulators running on PSP run Compressed roms? to save on space of course?, My goal is to fit as much as i can across 10 emulators +2 (ps1 and psp) I'm not doing full library of course, just games ill actually play. i have 2 64GB Micro SD cards coming in and a MMC adapter that will give me 128GB to work with. (i know its a lot of space). I also herd there was a folder system add on? that way you can improve load times? where do i find this? 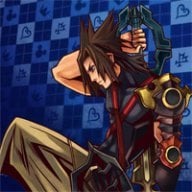 For Star Ocean, try with this version https://github.com/esmjanus/snes9xTYL/releases, if you get a black screen after loading your rom then disable speed hacks on MISC->Hack/debug menu and reload your rom. This emulator supports zip compressed roms.
About the folder system add on, I don't know how much improves loading times, but you can organize the memory card content into categories or folders: http://wololo.net/talk/viewtopic.php?f=28&t=7371.

L
Custom Firmware freezes PSP 2000 and when I restart it the version is still 6.61 and has not updated

Hardware PSP struggles to turn on?