I am trying to compile a list of any games that can be downloaded from the eShop that can be played on ANY other platform or by ANY other method. The reason for this is that I'd rather not buy games on the eShop that I might be able to play somewhere else cheaper or even for free. I also want to keep my 3DS full of DSi/3DS exclusive games so that I don't go too crazy spending $ in the eshop. So if you think it's a good idea too, please help out!

Notes:
1) This list will try to use U.S. game names and focus on U.S. games, feel free to add others.
2) "PC" will just be used to say generally that it is available for a computer rather than listing specifically if it is available for Windows, Max, Linux, etc.
3) "Mobile" will be used for games that are available on iOS, Android, etc. or any combination.
4) I am *excluding* games like Solitaire, Scrabble, Sudoku, Minesweeper, etc. because I don't care. Also I don't know much about shovelware, so I am excluding crap like "My Ponyz Farm" because, again, I don't care.

(Keep in mind that there ARE games that might be more fun to play as DSiware or 3DSware, but that's not the point! - For example, I delayed buying VVVVVV for a long time because I thought "well, I will just grab it for PC if I ever want to play it. I dl'ed the PC version, played it for an hour, LOVED it, and downloaded it for 3DS. It turned out to be one of the best purchases I have ever made.)

3DS eshop games found elsewhere: format: Name of Game (list of other platforms) (notes about what is different)
Art of Balance (Wiiware)
Block Factory (mobile)
Fun Fun Minigolf Touch! (Wiiware) (same title without the "Touch!")
Ketzal's Corridor (Wiiware) (Wiiware game called "Thruspace" - not sure exactly how similar they are, but supposedly nearly identical)
Let's Golf 3D (Mobile) (not sure if this game is a completely original addition to the series or a port)
Order Up! (Mobile, PS)
Mad Dog McCree (Mobile, and a whole bunch of legacy systems)
Marvel Pinball (Xbox, PS) (not sure of version differences besides 3D)
Pyramids (Mobile) (not sure if identical, couldn't find it in Apple store, too many titles w/ "pyramids" in title)
Samurai Sword Destiny (Mobile) (iOS has game called "Samurai Sword Destiny Survival - not sure if identical)
VVVVVV (PC) (exact port of the PC 2.0 version, included all extras)
Zen Pinball (mobile, PS) (this is basically an engine that loads various levels so different levels available on different platforms - not sure if any are 3DS exclusive)
Nikoli Puzzle Game Releases (DS, mobile, everywhere) These games are available to play on SO many different platforms. I prefer the Japanese DS "Puzzle Series" which as Slitherlink, Kakuro, etc. - there are a bunch of them, and none of them really require any knowledge of Japanese.)


So hopefully this will help anyone who doesn't want to buy eShop games they can play elsewhere (probably for free.) Let me know what to add or correct!

edit: I said I wasn't going to include shovelware but I've probably just now included a lot. There has been a ton of crappy DSiware games released lately and I haven't been keeping up. I am basing everything off searching Gamefaqs for duplicates. I also found a *great* site that lists *every* DS/3DS/Wii game (the downloadable ones, both originals and Virtual Console) It even sorts by release date so it is easy to update, but I am too busy to update frequently. If anyone wants to chip in this site will help. It's address is: http://www.digitalnintendo.com/
Reactions: 3 people
T

Aw man, now there's gonna be some 5 page "Debate" about how games on the eshop are overpriced and all that bullshit.
B

Zantigo said:
Aw man, now there's gonna be some 5 page "Debate" about how games on the eshop are overpriced and all that bullshit.
Click to expand...

Anyway, add comments that improve the list, how about that Zantigo?
T

Haha ok I think I should tell you that Chrono Twins was also on DS but I think only in europe and you pretty much listed all of them, oh also CaveStory DSi isn't a direct port of the freeware version since CSDSi has the jukebox and curlys story. And also From the Abyss DSiware is not very similar to the DS verison as the DSi ones only feature one world each and don't allow you to customize your stats, it also has a more robust Soul Capture system and fighting system.

Oh and Four Swords has a single player mode and a few new levels, I would take that off the list since it feels more like a new zelda then a GBA port.
B

Ok, Zantigo, I made the changes. Thanks.

In the "Chapters" from "From the Abyss" are they the same "levels" as the original version? Or are they extra chapters? (Regardless, I probably won't ever play any of these.)
Y

Maestro Devs discuss how Nintendo screwed them rather than piracy
http://www.maestrojumpinmusic.com/blog/en/nota-bene/piratage-4454-tel-est-le-chiffre/
B

Wow, that makes me even happier that I didn't buy that game! That was one of the games that encouraged me to make a list because I considered buying it at one point before I figured out it was on iOS. There are a ton of DSIware originals I have wanted to play, but ever since the 3DSware games started coming out, they don't seem quite as worth the price as they used to (ex. Go! Go! Kokopolo, Thorium Wars, 99Bullets) Anyway, I'd rather not turn this into a thread about which DSiware exclusives are worth buying. (That's another list for someone else to make)
T

:In the "Chapters" from "From the Abyss" are they the same "levels" as the original version? Or are they extra chapters? (Regardless, I probably won't ever play any of these.)
Click to expand...

The levels are randomly generated so there is no way to without breaking the codec
Click to expand...

I have no idea what that means but there isn't a word I didn't enjoy reading.
T

The levels are randomly generated so there is no way to without breaking the codec
Click to expand...

I have no idea what that means but there isn't a word I didn't enjoy reading.
Click to expand...

Ok ever play a rougelike or mystery dungeon? You know how many of those have randomized dungeons? Well, From the Abyss is like that but they cant just be completely random otherwise more likely then not, it would make some part impassable, so the game also uses a codec which tells the generator for the levels what level format is ok or not, so you cant really know if the game has new generation codes or if its the same ol same ol because only the codec really knows. 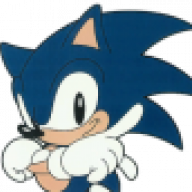 Zantigo said:
CaveStory DSi isn't a direct port of the freeware version since CSDSi has the jukebox and curlys story.
Click to expand...

:| it doesn't have Curly's Story, only the Wiiware had that.
It's more of a watered down port of the wiiware version.
B

Apparently Antipole is also a PC game! I JUST bought that game (and played it for a couple hours) and then did a google search for it, ended up on the dev's page, and saw that they are selling a PC version for $4.99 now too. Gamefaqs does NOT have it listed as a PC game - just DS and Xbox 360. Oh well, I really enjoyed it and definitely recommend the game if you are running out of eShop games to play. If you have any questions feel free to ask me about it because there isn't a whole lot of info on this game, unfortunately.

I'm very certain that Gameloft's "Soul of Darkness" (fun game, btw) was a game on my old dumb-phone a few years back, so you can add that to the list.

Jellycar 2 is on iOS also.
B

I'm gonna give up on Cave Story info since there is an "official rumor" that there will be a brand new release of Cave Story for 3DSware.

1) Speculators are saying that owners of the DSiware version will have to repurchase the game.
2) Those who bought the retail Cave Story 3DS are pissed because this is the version everyone actually wants (original version with ALL the extras with a hint of 3D - not that revamped 3D graphic crap on the retail release)

I'm still not sure I want to pay $10 just to have it on my 3DS. Playing it once on the PC (the old, original version) was enough for me. Hopefully they add multi-languages because Cave Story was released with multiple languages like Chinese, and it's always respectful to include as many languages as possible (especially in the case of Chinese with their people representing about 1/6 of the population
Reactions: 1 person
S

It's probably worth noting that Shantae: Risky's Revenge on the Dsi ware store is available on iTunes as well. I still went with the eshop version anyway
B

SaitouSad: thanks for noting that! now I can finally play Shantae without having to pay $11.99 or whatever it was. WAAAAAY overpriced game.
M

metroid mario kart and need for speed
B

Mwilliams1586: i'm not sure what you're talking about and I suspect you didn't read the thread or even the title.

"metroid mario kart and need for speed" metroid might have a VC release (which isn't part of this thread obviously), there's no mario kart VC in the eShop (except ambassador blah blah) - well done replying to your pointless comment.
Reactions: 1 person

Very nice list! Im not sure if this will make a difference or not but colors 3d can be found on ios as colors, although colors 3d has extra features and etc. I didnt know wether to post this or not because its not a game, but can still be found on other platforms. I beleive ds had colors as well

@ The Real Jdbye: some of the illegal ones A moment ago
Chat 2