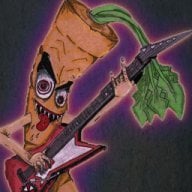 I have placed my CFW PS3 into an Arcade1up build i'm working on and I have a pullout table specially for the DJ Hero games, i was having a hell of a time hunting down the DLC as the ways of purchasing them are long gone but i eventually got them all but they were for the US version of the game (i only had the BLES releases at the time) so i purchased the BLUS versions from amazon and they have arrived, i installed them via multiman and now when i load up DJ Hero 2 is says the dlc may have been corrupted and DJ Hero 1 doesn't seem to see the extra tracks.

This seems to be a very niche problem i'm having and there is next to no information on google relating to this issue and it seems the DLC for the BLES versions are non existant.

PKG's were obtained from the correct servers and the raps have installed correctly.

Anybody have any ideas, suggestions or input?

unsteadycarrot said:
i installed them via multiman
Click to expand...

So in JB (folder/GAMES) format?
Try dumping them in ISO format with Irisman (changing its Cobra setting to "with bdvd payload" for the operation and back afterwards), it's far superior

Apart from that (which to be honest I don't think is the cause of your problem but who knows?) did you remember to install any game updates the official way?

Thanks for the reply, I do have the latest Irisman installed as i had to do the whole cobra off/on thing to get multiman to rip the disc so i can try that.

the updates were installed the official way but i installed all DLC at the same time so what i will do in a bit is install one DLC at a time, loading up the game after each .pkg installation to see if i can find the culprit, maybe if just one is corrupt it doesn't load any.

I will also try booting from the disc to see if that changes anything.

Thanks again and i'll post an update later about how i got on.

I tried the DLC one by one, same corruption message (on both games)
I tried loading straight from the disc but the same message appeared

I'm thinking the DLC itself may be suspicious, but i'm unable to source the DJ Hero 1+2 DLC from anywhere else i'd be fine with BLES or BLUS at this point, i was under the impression that everything for the ps3 was pretty much archived
Last edited by unsteadycarrot, Sep 18, 2019
Reactions: Ryccardo