RHS is taking pre-order for the iSmart MM
$35 pre-order price
$37 is the normal price...I think

they will start shipping it sometime next week


Anyone planning on getting one?? 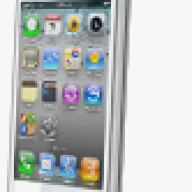 tell us something that the dstwo doesn't have

i can tell u something that this card doesn't have
and that is the support of alot of people and a trusted team
(and mame4all, snes, ireader, plugins, freecheat, more to be added on)

I guess it can be somewhat promising, but only time will tell. You may as well give the iSmart flash cart and its Forums some time before you think of buying it.

It may be a new flashcart entering, but in my opinion there isn't THAT much that the DSTWO can do beyond the iSMM if the iSmart team sticks to it and makes their own plugins. Btw, the iSMM has freecheat and plugins as well...and it's also based off of the AKRPG OS...also it doesn't devour the battery as quickly (you can get about half an hour's worth of battery life more than the DSTWO).

Just got an email..they said it will ship sometime next week

I'm confused... it says DS emulator.. is that what all flashcards are considered? emulators? I never heard of that before...

But really, this is basically a DSTWO without the sticker... isn't it?

ShadowSoldier said:
I'm confused... it says DS emulator.. is that what all flashcards are considered? emulators? I never heard of that before...

But really, this is basically a DSTWO without the sticker... isn't it?
Click to expand...

it doesn't have free cheat

...you totally skipped my post didn't you? It DOES have free cheat.

From what I hear the component are similar to the iPlayer's, so I'm not expecting to much out of this.
P

I'd buy one if it had really good gba emu but short of that I don't see the point.

If the GBA emulator is better than DSTwo, I'll get it.

It doesn't really offer anything that doesn't already exist, so seriously I'll just pass this one.
The iSmart Premium didn't have much going for it either. 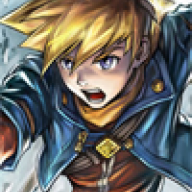 Etalon said:
If the GBA emulator is better than DSTwo, I'll get it.
Click to expand...

same here, that is what i am thinking

and btw, where is RHS?

haddad said:
and btw, where is RHS?
Click to expand...

Maybe you're talking about RTS ?

Etalon said:
If the GBA emulator is better than DSTwo, I'll get it.
Click to expand...

same here, that is what i am thinking

Is Realhotstuff the producer of this card?

The GBA emulator is the one from Darkchen, so it probably isn't as great at GBA emulation than the DSTWO (unless someone actually does something).

If this product was released at or near the same time as the DSTwo, I would have gotten it at this price.

Not necessarily because it has more features than the DSTwo did at launch, but because the DSTwo was missing two of the most valuable advertised features at launch. Since I don't believe in paying for promises, and I'd already spent $40 on an iPlayer just for GBA emulation, I held out until quite recently to buy a DSTwo.. now that SNES and unconverted video playback are really part of the deal.

Because it is on the market now that the DSTwo indeed boasts all of its advertised features, iSmart can't expect it'll be a smash at the same price unless they throw in some sort of bonus goody in addition to providing the consistent support Supercard have.

It's about the price of a DSTWO

Is Realhotstuff the producer of this card?
Click to expand...

RHS is a reseller. iSmart team is the maker of the cart.

Inf. Zero: Though it is a US reseller and it's $2 cheaper then the DSTWO (after preorder?). Lol save $2.