Hacking Is it worth getting a CECHBxx PS3 model? (And to a lesser extent, the CECHAxx?) 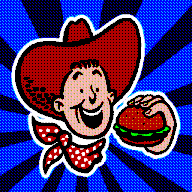 Those early models are said to have much better compatibility for PS2 games but it is also said that they can suffer from overheating and YLOD.
Now I don't know how much longer Sony will keep updating the firmware or have online service active for it, but I am under the impression that once they shut down and the internet browser stops working with the ever-changing internet, there's not much to be done online with the consoles.
So that leaves two things...
If I bought a CECHBxx PS3 which has no Wi-Fi or Card Reader, could I still softmod it to play backups?
If instead I bought a CECHAxx PS3 which should work like every other fat PS3, what measures would I need to take to ensure its longevity?
Sort by date Sort by votes

You should be fine as long you give it a proper cleaning and re-apply newer thermal paste, I bought CECHH01 which has a NOR dumper and writer.

What Hayato said, but there's also capacitors that need replacing that are the actual cause of YLODs. Even if you fix the heating with thermal paste, if you don't fix the capacitor problem, your PS3 could still be seeing yellow.

As for PS2 BC, to be completely honest, while it sucks when a game doesn't end up working, the later PS3 models will still have the BC in them that can play most of the PS2's library with little to no problem. You might need a patch or two for some games depending on what region they are, but otherwise, I'd go with anything smaller than a George Foreman grill PS3 with the Spider-Man 3 font on top!
Upvote 0 Downvote

Thanks for the answers!
If you don't mind me asking one more question, that would be wonderful.
Let's say I bought the CECHBxx PS3 which has no card reader or wi-fi, but it could still run backups.
Since it has no wi-fi, I know the internet browser won't work on it nor will I be able to play online (which is a sacrifice I'm willing to make) but does that also mean MultiMan & the other tools will be limited in functionality? I imagine running OtherOS on the PS3 would not be fun with no internet (Then again I don't think there's been active updates to Linux on the PS3) & stuff like covers for the games will be a manual process.
Upvote 0 Downvote
T

Remember that even though the B-series lacks Wifi, you can still use ethernet just fine (its gigabit as well which is a plus).
Upvote 0 Downvote

I didn't think about the ethernet, thanks for pointing that out to me!
Although I don't use it as often as a direct transfer, would I still be able to do FTP with an ethernet?
Upvote 0 Downvote
T

Hardware Can the fat model PS3 play disc-based games without an HDD?