How should I treat this guy?

There is this guy at park's newly made WC which asks people of money, the new toilet is so cool (even doors open with buzzes) and is for public, its not private.

he's supposadly suppose to sit there so people dont steal stuff from there and if they want, they can put some dime for him, but he's keeping bullying people.

Last night I was there for first time and when I wanted to come out, he said that you have to pay or go to other shitty toilet, I replied but there is no sign, He replied back that I'm telling you to pay, there is no need to sign. I replied whenever they put a sign, I would pay and came out.

So I went to Park's guard and talked to him about this matter, he told me that he will go and talk to this guy but it seemed that they share that money since if he was concerned he would go there right after I told him about.

He is a skinny guy and I can easily beat him up to hell but that will involve police and as the guard said, He's suppose to cut lawn and grass 'n stuff.
he seemed to be junkie too and probably using that money for drugs.

It seemed that he enjoyed that easy money so much that people payed by themselves at first that he is asking them and now forcing them to pay.

Others seem not to have problems and easily pay him, i donno why these people are like this, whenever you ask them to do something, they will, no question asked.

Since I go to that park mostly for library and I dont want to use that shitty-old WC, How do you suggest I should treat this guy?

I think you should find some bush in the park and dont give a damn about him, or take some mp3 player or cellphone with recording option and record he's threats and go with this to the police, you will make good deed If he wont have extra money he wont buy drugs or alcohol

just.. punch him in the mouth?


I dunno, never really had a situation like that.
Sometimes in town, whores will ask to use my phone or money for the bus etc, so I just throw my change at them and watch them pick it up.
good entertainment

Just ignore him. If he insists you pay him, threaten to lodge a complain to the local police. That will scare him silly

I had a similar experience this year in Egypt at Sharm-El Sheikh airport. As soon as you come out the "suitcase-pikeys" are all there forcibly taking your cases off you and wanting £1 to put them on the coach for you. If you don't pay, your case doesn't go on the coach. If you try and do it yourself, they take it back off again until you pay them. Not the best idea when dealing with a planeload of Brits who've just had to endure a 5.5Hr flight basically sitting on one another's laps. There was a serious risk of things kicking off with a few of them I can tell you.

Same thing with the idiots that wait at traffic lights, then slosh some mucky water over your windscreen and try and intimidate you into paying them for it. I didn't ask you to do it - Go **** yourself !!

Maybe this kind of toilet behaviour works for the "upper" classes who feel the need to have someone dry their hands for them cos it makes them feel superior and priveliged. But as for the rest of us "normal" everyday people.........

Tell him you don't have any money, then offer him a stick of gum.
L

beat him up? Wow you sure now how to solve your 'problems'.

Dont 'treat' this guy, he is a nobody. Just ask or findout who is, in the end, responsible for those wc's. Go talk to him/her. When you find out that you need to pay, pay and if not, dont. And I would indeed advice them to make a sign.
R

Don't give him any money, just use the WC and if he tries anything hold your hands up saying "I didn't wash my hands, are you sure you want to pick a fight with me?"
Works everytime (read: I haven't tried it before, but it might work).

Do you think a junkie who works at a park and mows the lawn, really cares about dirty hands?

besides, I'm after a permanent solution.

QUOTE said:
besides, I'm after a permanent solution.
Click to expand...

Than kill him, nobody will care about him (joke)
R

I was only joking.
Anyways, you can always try to scare him off with a knife or something.. or just ignore him.
S

Your best bet is to first complain to the local police box if you haven't already. Let them know someone is harassing you and others for money outside of a public WC. If this doesn't help you should look up the park's owner, or call city hall (or the version of City Hall that watches over parks and such) and complain to them, pepper it in that not only is it annoying to be bothered but you also feel threatened as he is very aggressive.

More than likely one of these will get rid of him for good.
L

QUOTE(RayorDragonFall @ Jan 1 2008 said:
I was only joking.
Anyways, you can always try to scare him off with a knife or something.. or just ignore him.
Click to expand...

scare him with a knife, seriously disturbing...

(or are you a gangster from the hood who needs to cary heat and drives them 20" rolling down the street collecting the dough from his hoes?)

QUOTE said:
scare him with a knife
Click to expand...

And he will get his crowbar out of nowhere and you'll be done for.

QUOTE said:
scare him with a knife
And he will get his crowbar out of nowhere and you'll be done for.
Click to expand...

Or his junkie needle, then you're screwed.
L

Next time you see him scream at him "cthulhu fhtagn" 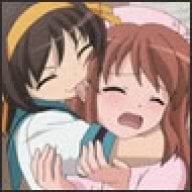 I agree with most of the people here, just ignore him..or alert officials, other than the one you alerted before. He didn't seem to help much.

thats what you get for stealing ppl's avatar's

Sure he might keep perstering you for money, but hey, you will always have the upper hand knowing that he is handling your ass pennies.

Ask him if he has change for a button.


Or say "How about I use this WC?" and pee in his money cup.

Hardware Hacking Homebrew Is there a gamecard or cart hack?