Homebrew How can I replace my game textures without getting banned ? 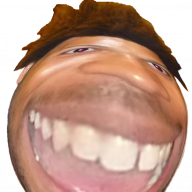 Hi,
I would like to change my game textures on SSBU. The characters models to be specific. I haven't done anything to my switch like entering RCM, just played it like normal. While doing that, if possible, not getting banned from Nintendo Switch Online. I have a Mariko Switch by the way.

Thanks if you help me.
Sort by date Sort by votes

Do you have a modchip for your Switch? If not, you can't. Mariko Switch's still have no softmod for modern firmwares, so you'd need to install an SX Core/the SX Core chinese clone for CFW so you can import models in-game.

If you have a modchip on your Switch (and you're using SXOS) it's usually as simple as moving the custom models into sxos/titles/GAMEID/romfs. (for Atmosphere it's atmosphere/contents/GAMEID)


As for not getting banned, use an EmuNAND and never ever go online with it, simple as that. If you go online with a modded Switch, you will eventually get banned, and there is no real surefire way to get around this.
Upvote 0 Downvote

Well thanks for dedicating your time towards my question but after reading your message, i'd rather not mess with Game files, since I would want to go online. Thanks for the answer.
Upvote 0 Downvote 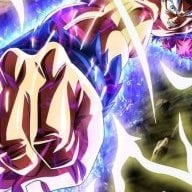 @Tom Bombadildo can you tell me which chinese sx core clone you mean ?
Upvote 0 Downvote

I believe Tom Bombadildo is talking about the hwfly one.

G
Can I install games that i have the official game card on a banned switch?

Nintendo Switch Sep 2, 2022
Geroah
G
G
Can I install games that i have the official game card on a banned switch?

D
Hacking Homebrew Can I use SYS CFW online with CFW