As some of you may know, Dragon's Dogma PC port is a very solid port of the console version, but there were a few cuts made to it much to the dismay of some people.
Those cuts include the intro song and two item sets that were present in the console version.
The intro song had already been restored through modding by a different person, but a friend of mine has been working on restoring those two cut item sets, namely the Berserk armors and weapons that are present in console versions but not on PC.

He made a decent progress with researching the files, finding item tables and even some initial testing with converting the models of those items to the PC version's format but he is unable to actually add the items themselves to the game (even though most of their data including stats, icons and description still being there!).

As such we'd like to request help of anyone who may have any ideas regarding how to get those things actually enabled. Chances are these are locked somewhere in the exe, but my friend ain't good with assembly so that is out of his league.

Here's an infographic he made regarding what has to be done: 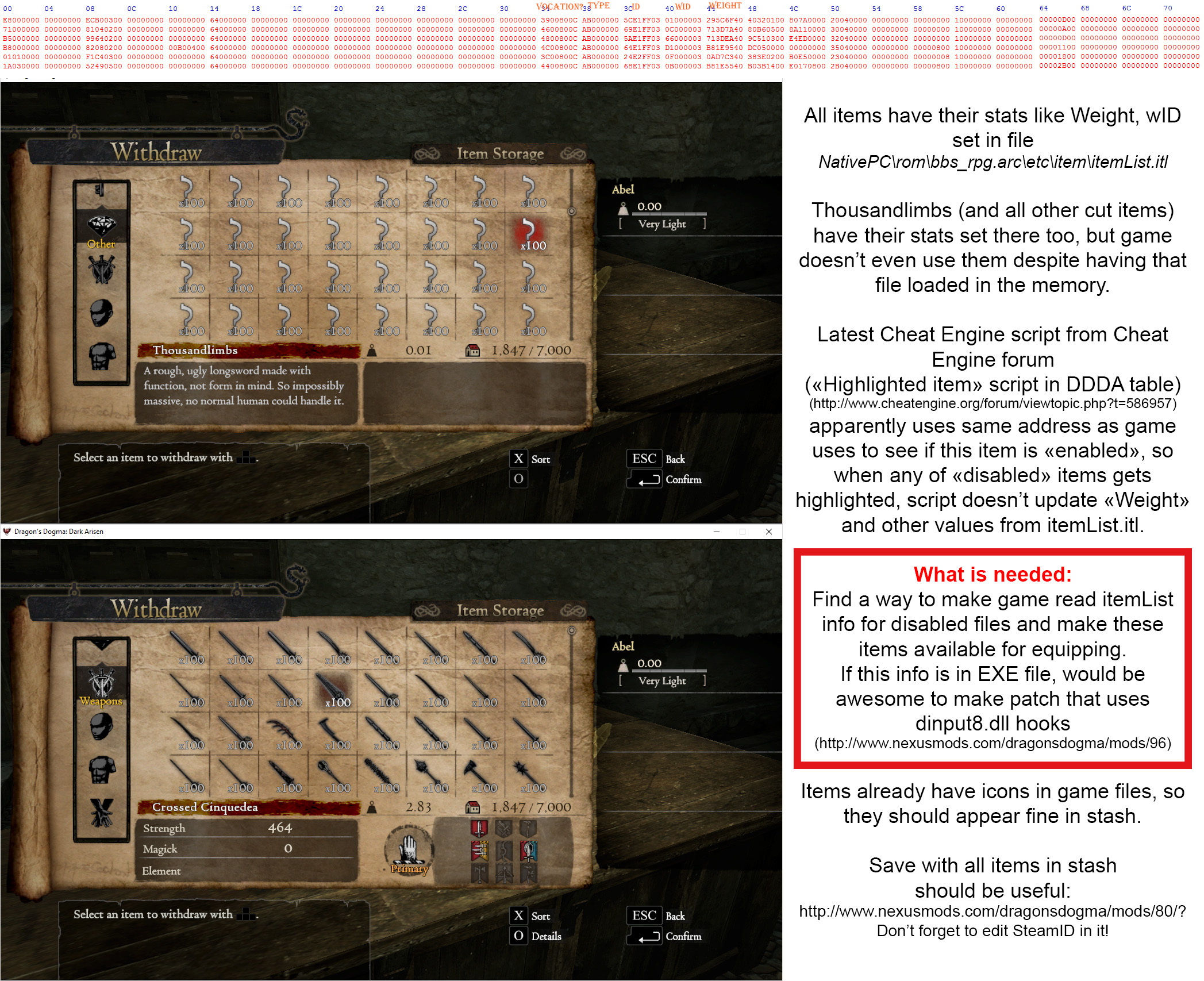