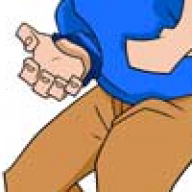 Hello folks. I just wanted to join this wonderful place. You guys have been pretty helpful and I found a ton of awesome homebrew games. I'm a bit confused though.

So a few weeks ago, I was skimming through the DSTT firmware topic when Pokemon Black was released, and I thought, wow, what a bunch of asshats. Then just a few days ago, people were getting mad at SKJmin for not adding the ability to save anywhere in his NSMB hack.

Why does everyone nitpick and rush the people who are doing them favors?

Because many people on this forum have a severe sense of entitlement.

Young people, entitlement as TR said, they're newbies to the scene, blah blah blah. We generally only yell at them when they can be singled out for effect, as when you get a bunch of them in a large thread they never bother to read more than the first post before posting, so if you totally rip somebody to shreds for posting something stupid on page 3, come page 4 there's somebody posting the same thing because they're not going to bother to read before posting (which is one of the major issues).

These in general are the same people that have a warning or two for asking for ROMs, even though you have to type that there are no ROMs on GBAtemp when you sign up.

Thanks. I'mma enjoy it here. 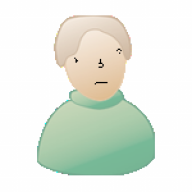 Hacking Homebrew Emulation Problems with forwarders for Wii U