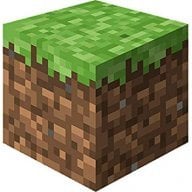 I know it sounds like a silly question. I get it, I had a simple question.

SONY apparently does not allow you to sign in online if you have a lower firmware version than the current one. To some users this doesn't seem like much of a problem, but to hackers of the Homebrew Community it is.

Is there any third party service that hosts online play? For example, if your on a lower firmware version than the currents would it be possible to play online, by hard modding your PS3, or system?
M

what you talking about man? If you have jailbroken/cfw ps3 you can just spoof and then go online
Reactions: Ghassen-ga

mustafag32g said:
what you talking about man? If you have jailbroken/cfw ps3 you can just spoof and then go online
Click to expand...

Wouldn't Sony ban you though for using 3rd Party Content if you connect online? Edit: and by third party I mean things like hacks, or modifications mainly.
Last edited by petethepug, Jul 19, 2016
M

yea ofcourse they would, but if you disable syscalls, you can survive for a very long time, except if you cheat then BOOm you are gone
Reactions: Ghassen-ga

Spoofing attempts to fool Sony, but nothing is ban-proof. It's a "use at your own risk" thing, but yes, people do go online using it to avoid bans.

I was looking forward to actually hacking my slim PS3, and taking the risk of Downgraiding it to hack it. But obviously I don't think that would happen since my family uses multiple PS3 Systems. (Long story short we bought about 3 PS2's, and upgraded them all to a PS3 for free at GameStop LOL.)

I am also going to guess the ban would be Permeant since moderators would see you as a pirate, or trying to get free DLC I guess.

Would there be a way to legally unban yourself in the case you got caught spoofing besides reporting it to moderators, and apologizing pleading to be unbanned?
M

its not spoofing god damn, there is a difference :-). Disabling syscalls will make you look like that you are an OFW ps3 :-). I oncce had a CID that was not banned for 2 years! I disabled syscalls and used dummy account. I secretly found the cid online, but someone found it and got it banned lol :/ 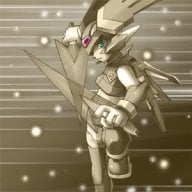 how do u disable syscalls ?
M