Hacking gpsp gives me error when i start it

Hello again, i'am trying to use the gpsp cia to run gba games but when i start the app it crash and the console restarts give me the message "an error has been occurred". I googled but i cannot find the solution. I don't know if it's a virtual console problem or an emunand update problem.
I have SysNand 9.0U and Emunand 11.0.0-33U with Luma CFW 5.5.
This are the steps i followed.

1. Formated the Micro SD Card.
2. Instaled Emunand via Gateway.
3. Unlinked Emunand from SysNAND.
4. Installed Menuhax type-2. (I boot directly from the Luma3DS via EmuNAND)
5. Ran Decrypt tool.
6. Updated Emunand 9.0 (default) to 11.0.0.33U via updater cia (FBI).
7. Downloaded and installed CIA of retroarch gpsp with the folder (and put it on root).
8. Downloaded the correct gba_bin and put it on root and on retroarch system folder.
9. Run gpsp.
10. This is what i got. (attached).

If you know what the problem could it be. I will be gratefull. Thanks in advance!

SOLVED: Download the latest luma.dat from the luma website. The only thing it will change is that instead of saying Emu on System Settings it will say Ver, but it's running on emunand. (Tested on New 3DS XL after taking the SD off)... 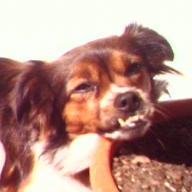 Isn't gpSP a GBA emulator for use in the PSP?

Why are you running it in the 3DS, or am i missing something?
X

Before formatting i used it on 3ds. Also its included on 3ds retroarch package...

I think i'm missing something bit i cannot figure it...

I will try something. I will run it on homebrew (3dsx) so it creates the core and then i install on luma (cia). I will post the results here.

Use the gba VC games? Or do you need the cheat code function(if it has it)?
X

No, it's because i was playing Pkmn Green Leaf via emu...
X

W
Emunand To Sysnand Installed Games Not Showing up