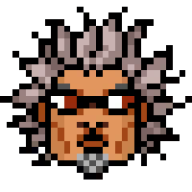 I have an R4DS and EZFlash 3in1, and would use Rudolph's 3in1 expansion pack tool to switch it into rumble and RAM modes, but I have a problem. Whenever I run the tool, it creates a GBA folder and proceeds to create all sorts of completely invalid files with garbage filenames, which confuses the hell out of everything else I put the card in and crashes my DS if I try to access the folder. I have tried manually patching the .NDS file as well as letting R4's autopatcher take care of it, but neither works. What the hell is going on?

-EDIT- While I'm at it, is there a way to avoid using Rudolph's tool altogether and still be able to enable rumble / RAM features on the 3in1 from the R4DS?
D

It sounds like you have some minor corruption in the card's file table that's causing the 3in1 ExpPack Tool to have that problem. You should reformat the card.

Rudolph released a version of the 3in1 ExpPack Tool that only enables rumble/RAM, and doesn't have any of the GBA support. You can get it from his download page: http://www009.upp.so-net.ne.jp/rudolph/nds/3in1_ExpPack/

QUOTE(Destructobot @ Feb 2 2008 said:
It sounds like you have some minor corruption in the card's file table that's causing the 3in1 ExpPack Tool to have that problem. You should reformat the card.
Click to expand...

I have. Repeatedly. It always comes back.

I'll give the rumble/RAM only version a shot.

-EDIT- Let me add, I have to reformat to get rid of the GBA folder. Linux can't delete it because the filesystem is too messed up to delete much of anything without spreading the damage.
S

You might get more luck if you make the required folders BEFORE running the tool, so that it skips creating them and avoids any errors.