Got my ez4lite Microsd version yesterday in the mail from winsunx. I ordered a passcard3 as well as a superkey. Also got a Sandisk 1gb microsd stick from amazon.

Just want to say that everything fired up accordingly, i dumped like 16 games onto my 1gb stick and still had about 200megs left, all but one game worked flawlessly without even a slowdown. I got just a black screen on Puyo Pop fever when loading the game. Anyone else get this game to work? Maybe it was my file.

The superkey worked great, but the passcard3 did not (prolly b/c it had a splash screen).

btw, how can i tell what version kernel of ez4 I am running? Also, is it possible to change the menu picture that is displayed on the top DS screen after you boot it? Id rather have a pic of something cool instead of it saying EZ4 Lite.

Yes, the microsd card was a pain to get out of the ez4lite. I had to use tweezers and it was very nerve racking as i didnt want to break it. I definitely will be filing an area below where the card lies so that the tweezers will slide right in without having to bend the microcard. 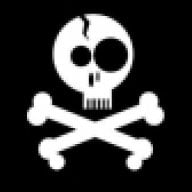 File it! I did it with a simple paper cutter, it looks good and the card is now reachable!

puyo puyo pop fever 1+2 is not compatable with ez4

just need to wait for new client.there are only 5-10 games not workin and you got exactly the one that dont work.
congratulations hehehe

I cut a little but of tape and stuck it on each side of my microSD card to make a little tab so i can easily pull it out, works great.
S

how can i tell what version of the kernel is running?
J

just need to wait for new client.there are only 5-10 games not workin and you got exactly the one that dont work.
congratulations hehehe

It seems the EZ4's DS compatibility is pretty good. It appears comparable to the M3 and SC.

QUOTE(scrapple @ Jun 27 2006 said:
how can i tell what version of the kernel is running?
Click to expand...

The EZFlash IV screen you were complaining about... Botton right hand corner.

"[SD]NDSLoader Vx.xx" that be it, only obviously the x's will be the version number.

I haven't played around w/ the skinning pack yet, but I suspect it will let you change that pick if you're so inclined. I just don't spend enough time on the boot menu to care what it looks like.

tempBOT: euamotubaina has left the room. 45 minutes ago
Chat 0