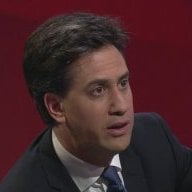 I wanted to play Pokémon Diamond again. It's the world's slowest game, so I dumped my cart with Godmode9 and uncapped the game's framerate. It works a treat and is a better game for it.

I used Twilight Menu ++ to load my edited ROM, but Pokémon Diamond crashes randomly with Bootstrap, especially in the Underground. This was tested with both the edited and unedited ROM with the latest release and nightly Bootstraps.

So I dug out my trusty R4i Gold 3DS+ flashcard, ever so useful for hacking 3DSes but seldom used for anything else. Finally was its time to shine... but the edited ROM sadly shows as a question mark and cannot load.

Is there a way I can get the flashcard to play nicely with this ROM?

For what it's worth I also have a Supercard DSTWO which works fine. I mainly just want to know why the R4i Gold doesn't work with this ROM.

EDIT: Correction, it runs like garbage on the Supercard!

I am not sure what method of speed increase was used to achieve it, or indeed if it is all that likely to work well on what is essentially DS hardware (we normally shy away from simple frame rate lock removal on console games for a good reason, and instead look to text boosts, animation boosts/skips and such like which are far involved but make for a far stabler result).

Anyway I don't know what method the R4i Gold 3DS+ uses but if you edit ROMs and use certain methods to rebuild them (I don't know what NSMB Editor does to rebuild ROMS, though the person that took over the project had some interesting ideas on what could be done with compression) then the method the flash cart uses to detect a ROM (and load any necessary anti piracy, ROM fixes and such) will see it appear as different and it will think it is an unknown ROM. Most of the time it is just that the header is different and it detects something else but it could be a move involved detection method that it uses.

You can try unpacking and rebuilding with any of the usual suspects for tools (ndstool, crystaltile2, tinke....) if you want.

If you want to replicate it fully then it sounds like pokemon uses compression on the binary. In which case you will need the BLZ compressors from https://www.romhacking.net/utilities/826/ . Unpack with tools like those above, decompress with BLZ, do the edit from your link, recompress with BLZ, rebuild ROM.