Hacking Did I just receive a real R4DS?

Well here is the story, i ordered the R4DS revolution from DealXtreme as a cheap backup flashcart.

Now I expected a fake one, but when I received it I was a bit of shocked, it had the real boxing,
the real flashcart look (I know a real r4 when i see one) and it had the real r4 website link on it (http://r4ds.com/)
It also came with the last generation MicroSD/TF reader that was packaged with the real R4s.
(Note : this is the CHEAPEST flascart over whole dealxtreme.)

Also it could run YSMenu as media replacement and not just as .nds file.

So my question is, did i just receive a real one? 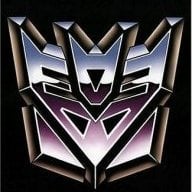 any pics of the internal PCB?

Possibly. Either that or a perfect clone (as opposed to supposedly 'upgraded' imitation).
D

Post up a picture and we can decide if it is real on not.
A

It probably is not real, just duplicates.
X

I believe this is the card they are talking about: http://www.dealextreme.com/details.dx/sku.30787