Question Could my tutorial be deleted for right now? 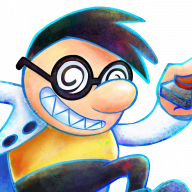 So earlier today I was working on this tutorial, and like a dumb-dumb I somehow pushed this tutorial a bit too early (it's currently lacking a lot of the stuff I originally wanted to add). With the release of Asdolo's "Ultimate GBA VC Injector for 3DS", I notice that my tutorial would need some heavy updating to use this tool instead (as it seems to be a lot easier).

Can it be taken down until I can be bothered to reupload the entire thing with proper instructions and an updated tools section? I believe my tutorial would still be needed so users would have an idea of how to get Advance 4/the Pokemon titles working, but the above tool simplifies the process a bit and I'd like to take another crack at guiding the user through this.

I've looked everywhere in the forum tools and couldn't find an option to let the user delete their own thread. Could this perhaps be added sometime in the forseeable future? It would be really handy in scenarios like this where a lengthy post isn't finished/needs to be heavily revised due to inaccuracies.
Upvote 0 Downvote

I have removed it for now at your request.

We don't allow members to delete their own threads. In the future I'd suggest simply reporting the thread, you will get a faster response.