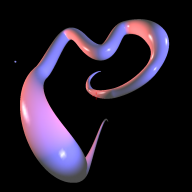 alright so my wii is at 4.3 with just the HBC installed, and bootmii. No apps work from the HBC, including any title deleter and things like neogamma. I believe this is from the lack of cIOS 249. However, when i try to install it, it gives me an error of -2011. Can anyone help with this error, or maybe there is something else i should do?

also, i used ios57 as a base, if it makes any difference

I recommend installing Waninkoko's cIOSx rev20b as IOS249 and IOS250. You can use the same IOS57 base for both of them or use a different one for each. But you should install both, as the IOS249 slot is used by default, so it more or less is a necessity, while the IOS250 slot has the benefit of having its revision number maxed out by the installer, this enables it to survive official Nintendo updates and be used as a fallback if all other patched IOS are overwritten.

One thing to keep in mind... If you have installed IOS236 already, you can use that in place of IOS249 as far as ATD, WAD managers and similar homebrew goes. You will need IOS249 if you would like to play game disc backups though.

I think having a trucha-bugged IOS36 should help.

Hacking Homebrew Misc Others Homebrew app Installing themes with Themezer-NZ gives me error after reboot, must reset to Hekate.

Nintendo Switch Monday at 3:39 AM
Metoroid0

@ BlazeMasterBM: their videos are annoying and they'll sell you an overpriced console 36 minutes ago
Chat 0