Hi,
I plan to replace my old psp with a "fresh" vita. My main goal is to be able to use both world of vita and psp, but psp is my priority.
1) If I understand well, FW for psp games has to be inferior than for vita homebrew with Henkaku, right ?
2) Is it still possible to find this kind of Vita in shops ? Which ones ?
3) Is it sill possible to find Vita in shops able to support the Henkaku, which ones ?
4) And a stupid question to end In your mind, will Henkaku be able to play psp games one day ? I am very patient !

Thanks for your help... 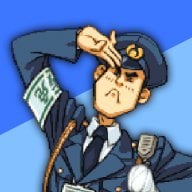 1)Yes. PSP games are up to FW 3.51, if you want backups, as far as I know. Henkaku has native homebrew support, which means more power and hopefully some really exciting stuff in the future. PSN does have most of the goodies for purchase though.
2 and 3) You'll never know what version an in-store vita comes with. Unless it's been sitting on that shelf for a long while. Second hand vitas are dirt cheap, if you want to put some homebrew on it, I suggest buying one from a seller that can tell you what software version it has.
4)Probably, because people really like their PSP games on the older versions of Vita. If there's enough effort put into it, it will be possible.

Thanks for your help MRsonic699 in France there's no seller who accept to do what's needed to know the version (switch on the console etc). For second hands stuff, I've tried too but unfortunately people always update their console (how could I blame them...). I think I'll buy one with probably 3.60 for HENkaku, before 3.61 Vita come out !