Hacking a couple of questions before modding

Hello, my wiiU is currently on v1.2 I really want to hack it, but I have a few concerns first.
-I saw you can finally hack v5.5.1, am I supposed to hack an older firmware and then upgrade it, or hack the v.5.5.1?
-I want to play a legit copy super mario maker and splatoon online, can i play these online on an older software? if not is there any private server?
splatoon hosts a 3.3.2 firmware and mario maker hosts 3.4, if i jailbreak the 3.3.2 wii u, can i update to 3.4 using the mario maker disc? will it influence my mod? 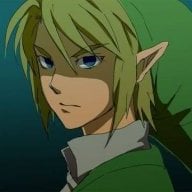 just update it officially to 5.5.1 while you still can.. Nintendo might send a firmware update higher than that version. As far as i've read on the threads, the exploits and homebrew works with the latest firmware 5.5.1, i played my backup of Super Mario 3D World via loadiineGX2 on 5.5.1 and everything works, online might not work but with retail discs or eshop games legitimately obtained not loaded via Loadiine works online with 5.5.1..some people spoofed their 5.3.2 WiiU to 5.5.1 to gain eshop and online access but i have no experience with that so cannot comment..staying on lower firmware without spoofing would not allow/grant you access to online multiplayer or eshop..but it's up to you if you want to stay on a lower firmware. just my opinion and what i know.. anyone feel free to correct me.. 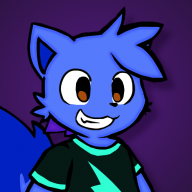 As for firmware versions, there's no real reason to stay on such an old version right now. You can update it to 5.5.1 normally and play on Nintendo's servers. (note: While it is the common wisdom to just update, there's still a chance that there's going to be stuff only for older versions [ioctlvhax] however those are getting pretty slim and all the firmware versions are pretty much the same now.)

You can do spoofs and things to play newer games and play multiplayer if you really want to stay on an older firmware, but v1.2 is so old that you'll probably have technical limitations that will break stuff. It's best just to use the built-in updater and get your Wii U up to 5.5.1 at this point.

There seems to be a misunderstanding of the way these hacks go together - this isn't a "jailbreak" like on the iPhone or Wii, everything public on the Wii U is temporary right now. Whatever you do, you can just reboot the Wii U and it will all go back to normal. (There are hacks in development that are permanent, but these haven't been released yet so I can't comment on how they'll handle updates. We do know that they work on 5.5.1.)

You're correct in that you can use the different game discs you have to update to different versions, so you can choose which firmware you'd like. Again, everyone's saying that 5.5.1 is the way to go.

P.S. If you're willing to get your hands dirty it'd be awesome to have a NAND dump of such an old version, though I know that soldering a Teensy to the internals of your Wii U is not everyone's idea of a fun way to spend a rainy day ;3
Reactions: owek1 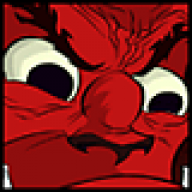 short replay:
everything you want to do will be possible when you update to 5.5.1
do it official way - online via nintendo server. 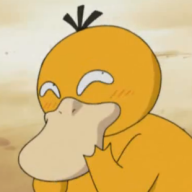 Just update to 5.5.1, it has everything the other firmware have and more.

Hacking Some questions from a newcomer before I hack my switch?