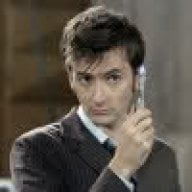 The huge downside with YSMenu is that you have to rebuild it from scratch every time.

He doesn't want anyone hosting a precompiled version of YSMenu so you have to go to his homepage, download the latest pack then follow the instructions here to build it.
M

Where could I find it on his site? I couldn't find it...

I advise you to remove that link. He doesn't like hotlinking and has stated that if anybody hotlinks he will no longer update YSMenu (or so I've heard).

Apparently, YSMenu hasn't been updated for a year now. Maybe that's because LOTS of people made pre-built YSMenu's and uploading them onto downloads. So...he probably will never update it.

Anyway, after you familiarise yourself with rebuilding YSMenu try THIS. It's the same R4YSauto we all know and love but the included DSTT files are up to date.
M

And what's the latest version?

Marc1994 said:
And what's the latest version?
Click to expand...

EDIT: Also, be warned that even the most up to date build of YSMenu will still not allow you to play the recent Sonic games and Pokemon HG/SS will still freeze up from time to time.
G

I don't know why people still play by Yasu's rules. He said he's stop supporting YSmenu if people hosted precompiled versions; but then he stopped supporting it anyway. It hasn't been touched in a year. And I doubt it ever will be again. The worst he could possibly do is take the link down, but by now enough people have it that it wouldn't even matter if he did.

Of course it doesn't really bother me since I can actually compile it if I felt like it. 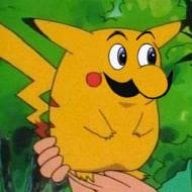 H
Hacking How to get gbarunnerv2 on edge flash card