Hardware Xbox One Power Off Issues 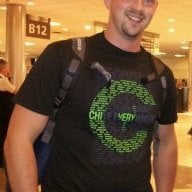 Ok so to start out I don't know much about Xbox hardware and troubleshooting. However I bought one recently that was very cheap. I knew going in that there was something wrong with it but for $35 I got two working controllers and if I can manage to fix the console I'm going to be way ahead. Anyway moving on.

When I purchased this console I was told that it would randomly shut off, normally when they tried connecting to the internet. When I got it I couldn't even get it to boot to the dashboard. I first tried factory resetting it to no avail. I then tried an OSU. It showed that it completed and got me to the setup screen but again it would shut off. I also checked for power supply issues by swapping for a known working unit but got the same power off issue. So then I figured I would take it apart and see if I could see anything physically wrong and while I was at it I decided to wipe the hard drive and re-install the OS on the off chance that it was something corrupted.

So I followed a tutorial that I found on this site. All went well, I hooked the drive back up, powered up, and ran the OSU. This time I was able to get completely through setup and to the dashboard. However I had to use a wired controller because I hadn't reconnected the wifi board. So then I finished the tutorial by taking the drive back out, copying the boot animation file, and then reconnecting everything. At this point I thought I was in business because everything was working... But when I powered it back up it said I wasn't signed in. So when I tried it shut off again. The only thing I could think of at this point was that on the original boot I didn't have the wifi board connected and maybe the issue was with that. So I disconnected it and powered back on. And my system isn't shutting down. The only issue I'm finding at this point is that the internet connection is a little wonky. It's attempting to download a game update and it'll randomly stop, then start back up...

I told you all this long story to ask a question... Can a bad wifi board cause the console to power off? Or is there some other issue?

L
Xbox one turns on but turns off after a minute.

S
New 3DS XL problems with turning it on and off