I've heard lots of rumors, saying that if I buy an authentic SMG copy (A real game) in the same region (PAL), on a modded wii with a wiikey geniuine or clone or something else, it works without problems,
Will it?
Because til now, I can't manage to update, so I concidering of buying an authentic SMG.
Will it work? Or it will keep saying Error #001?
It is very important, I don't really have 40-60 $ to waste for nothing.

It will work just fine, like any bought game.
The copy protection only detects if you are running an backup copy of the game, which you aren't then..
H 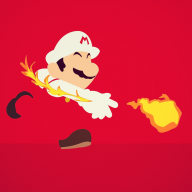 i have a real copy of smg too, and it work perfectly.
have wiikey installed.
X

Even worse.
Well, I decided to buy a real SMG instead of just searching the internet for a solution,
Hope Brawl wouldn't have any protection at all. 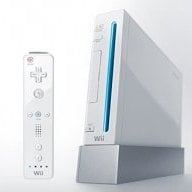 What kind of problems were you having with updating? If you have an authentic Wiikey installed, you shouldn't have any problems with updates. You'll definitely be getting your money's worth out of this game though anyway. Before my girlfriend and I modded our Wii, we bought Twilight Princess, Mario Party 8, Link's Crossbow Training and Wii Play which came with the extra Wiimote. The only game I regret buying is Mario Party 8, but considering that I have around 50 games now; it's no big deal. Nintendo already make a bunch off of all the peripheral stuff. We have two Wii's( the 2nd one is for the summer house), 6 wiimotes/nunchucks, wii gun, wii zapper & battery/chargers & a steering wheel. We are planning on buying a Wiikey for the second Wii and maybe a few more wiimotes/nunchucks, but then we'll be set. Nintendo still made a bunch off of us.... getting the free games is the bonus that makes it all worth it.


***actually got some of that stuff after the modification.... (drank too much being New years and all)