Hardware Wii USB port 0 got damaged - what are my options?

The Wii got knocked over by someone who was being careless. There was a HDD attached to USB port 0 at the time and now port 0 is very finicky. I mean if the Wii is positioned wrong, the HDD keeps turning on and off and can't be used. Turn the Wii a little bit and then the port is working again, as long as the Wii and HDD aren't moved.

Port 1 doesn't seem to have any problems. The HDD itself has no problems. Nothing else seems to be wrong except for port 0.

There's no visible damage but as far as I can tell I think it's the connection inside port 0 that got damaged (the rectangle with the metal strips on it probably got jarred when the Wii fell with the HDD attached there, is my best guess).

What are my options at this point? I want to continue to be able to use my Wii games over HDD instead of popping in discs all the time. That's the one thing I can think of that I know I've only ever been able to do over port 0.

I vaguely think I remember hearing at some point that there was a way to use Wii games on the other port too. But I think that interferes with emunand for some reason? Ideally I'd like to be able to continue using both, but through port 1 now. I don't use emunand anywhere near as often, so if I absolutely had to stop using one it would be emunand I'd drop.

I did a sys check to see what I already have installed. (see attached file).

1. Do I have the right cIOSes to be able to use Wii games/emunand over port 1?

2. If not, what would I need (and steps to take) to get whatever is needed installed? Keep in mind that I am very rusty at Wii modding as it has been years since I've had to do anything like that. I'm also not up to date on whether there's new tools or whatever.

3. Once I have what's needed installed, how do I set up CFB usb loader to be able to use port 1? Is that any different for other loaders?

4. How does this affect eumunand? I keep that setup in a different loader just for that purpose (dunno if that's weird but I find that more convenient than using one loader for both).


Okay, that aside I'm wondering about what would be involved in replacing the usb port. I don't know if I'm going to do that (sounds like it might just be risky, when one of the ports is still working fine).

Some research turned up this.

5. What would be needed to replace something like that? Would you have to solder (if so, I wouldn't even think about doing this). How risky is a replacement job like that? 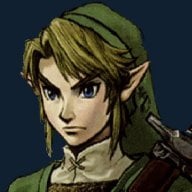 solder a new usb port on. its just 4 pins that need to be soldered
Reactions: Tumoche and cvskid
B

Looking into this further, I don't have any of the tools needed to take apart a Wii nor would I be confident to do that in the first place. I've never soldered before either.

I think maybe I posted this question in the wrong section in the first place. Maybe it should have been there from the start. 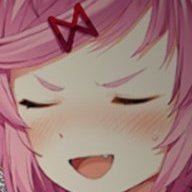 New USB port/just change the settings of your loader to load from port 1.
I think you need a cIOS that enables to use both port though
B

The problem now is that I can't find anywhere how you set CFG USB Loader to use port 1. I don't know why that's so hard to find but I haven't been able to find anywhere what setting can do that.

boomerang42 said:
The problem now is that I can't find anywhere how you set CFG USB Loader to use port 1. I don't know why that's so hard to find but I haven't been able to find anywhere what setting can do that.
Click to expand...

You may not be able to. It's not a common cIOS feature to be able to use both ports.
B

Only CFG USB Loader gave me 100% compatibility with all my Wii games. The other two loaders had so many Wii games that weren't loading for me that I gave up on both of them. I think it was the same games in both of them, but I don't remember anymore.

But with CFG USB Loader the Wii games just worked. No problems.

If that loader doesn't have a way to run on port 1, that really sucks.
S

You can change in the settings of your loader what USB port is used, but whether or not you can do this may depend on what loader you're using. As a reference, I noticed this option a little bit ago while going through USB Loader GX. 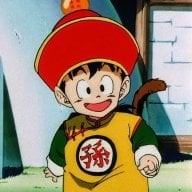 I'm in the same situation. I sold my wii with a hdd. I let the usb cable in slot 0 so the buyer would know which port to use (big mistake -.- ). he couldn't get it to run so I took it back. usb 0 gives not reaction at all, not even the hdd lights up. so I wanted to try usb 1, installed the needed cios. usb loader gx can't find hdd even with options set to usb 1. cfg works only with usb 0. wii flow finds the games but every game ends in a blackscreen and a wii reboot. solder a new usb slot could be an option, has someone a link to a fitting usb slot?? usb loader gx over usb 1 would be the best solution for me ..

Fix the port or get a new console.
C

pretty sure wiiflow allows you to use any port you want, You could use modmii to set it up quickly and easily too
Last edited by compilequietly, Jan 29, 2018

compilequietly said:
pretty sure wiiflow allows you to use any port you want
Click to expand...

cIOSes don't though. Some support both ports, some do not. d2x beta53 does, for example, but it has a lot of issues with compatibility both with games and storage devices.
C

you could also just get a new compatible hdd they're pretty cheap and I took mine out from an old broken laptop. just dont forget to format it if you do 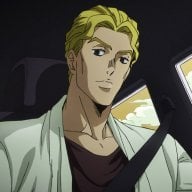 How Can I Use USB 1 As Port Zero I Damaged

@ K3N1: Well geesh here I was going to blame you if I bought them and didn't like them +1 A moment ago
Chat 2