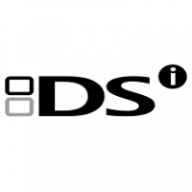 I've a Wii U that was working fine, but was left unused for almost 2 years. Recently I've tried to play some games (Splatoon, Captain Toad) and after some minutes of gameplay it crashed with 150-3032 error. At first, I've thought that it might be my HDD failing (I'm using Y cable and it was working great, under Wii U and PC), but it turned out that these games were installed on System Memory. I was able to move Captain Toad to HDD without any problem, which previously gave me this error when launched. While Splatoon crashes console with 150-3032 while moving the game to HDD. Did anyone had such issue? Is my eMMC failing or is this just a some sort of FS corruption issue? Thank you in advance.

I need help with a Wii Sports Club translation problem

DS Games that are Best Played on Wii U (Recommendations)