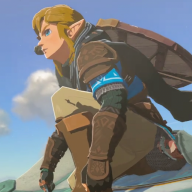 Okay, i have alredy searched up the entire internet, and i couldn't see anyone with this annoying glitch.

I have a Black Wii since 2012, okay, everything's wonderful and fine since then, i played alot in that console until 2014, after that date, i didn't want to play it anymore so i put it back on my box. It was left there until september 2016, oh boy, that's where everything started... I was missing my Wii so i got it turned on, everything was working perfectly fine. But this year ( February i guess) some of my channels started to have a laggy animation when you click it (zooming in and out) as you can see here:
But that's not all, it also started to randomly fps drop/lag ingame: i noticed the fps goes to 20-30 for 3/4 seconds then it goes back to normal, even for usb or disc games, for example: I was playing Mario Kart Wii , normaly driving, but then the game starts lagging and after some seconds it gets stable again. This is really annoying. I thought this was happening because my Wii is alredy 6 years old, but people told me their 2007 Wii still works fine. My Wii is in perfect conditions, i never dropped it or something.

EDIT: There's one important thing i noticed: When i play on the console continuously (for like 30 mins or 1 hour) the channels will lag (like in the video above). I don't know if that has something to do with the console or the cpu being stressed... but that's a little thing i noticed.

Heres the things i have alredy tried to deal with this: -Reset to factory defaults.
-Send it to repair (the guy from the stored said he did overheating tests and the temperature is normal, he also said the internals are fine.)
-Use the console in a CTR television
-Cleaning the cooler (Compressed air)

Please help me, this is really annoying, any answers are appreciated, thanks you all...
Last edited by Victorzer, Dec 26, 2017

I'm starting to think i'm in a dead end xD

Is it normal for a brand new GPU to lag A LOT at the beginning?

@ KenniesNewName: Is Razer Christ emo A moment ago
Chat 2