Why is Mario Kart so inconsistent? 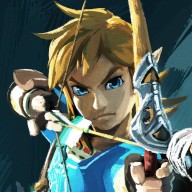 Throughout the Mario Kart series we've seen multiple different power-ups to help you in races, but my question is why are so many power-ups featured in one game and not the next? For example; Mario Kart Wii showed us 3 new power-ups: the Mega Mushroom, the Pow Block and the Lightning Cloud(?), yet in Mario Kart 7 none of those powerups are in the game and we have 3 different powerups accommodating the regular assortment. Is this just something the series does? 3 new powerups exclusive to that game? That seems like it would get hard to come up with ideas pretty quick and seeing as some of these seem like good ideas (the Mega Shroom for example) why wouldn't they keep it in? I get you don't want too many powerups in one game and I have no issue with them swapping some every few games to keep it interesting, but when you see some cool and exciting powerups in one game and then see them completely replaced in the next, it just confuses me.

Also, how come some of these items were never added before? In Mario Kart 7 we got a fire flower. Next to the typical red mushroom that's one of the most iconic items in the whole franchise! And seeing as it served quite a good use (multiple fireballs that bounce off walls and give opponents small delays with each hit) I don't see why it wouldn't have been added sooner! It even annoys me that you could get coins from a mystery box in MK8 & MK8D.