Which Metal Gear Solid game is the best one?

In the decades of the Metal Gear Solid franchise, there's been an incredible amount of games. While it may only be numbered at five, there are spinoffs, side games, and unnumbered mainline entries. So, pick your favorite Metal Gear game and explain why you think it's the best one. Is it the timeless classic of MGS1, the ever-popular MGS3, or are you only here for the spinoffs like Metal Gear Rising Revengeance?
Reactions: DoctorDizzyspin 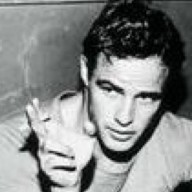 MGS3 for sure, I love the plot and how Snake kind of "grows up" after the mission leaving behind everything he took for granted until then.
Reactions: shaunj66

I think it's between MGS, MGS2 and MGS3, mostly MGS or MGS3. 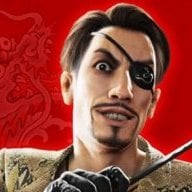 MGS2 is my favorite game, but honestly I'd say that MGS3 is the best, if that makes sense? Like, I love MGS2 but it's rather annoying at times and I feel like MGS3 improved a lot.
Reactions: relauby, Kazmar and Chary

MGS3: Snake Eater: Best story and characters, great soundtrack, amazing attention to detail, one of the best games of all time. I only don't like the weird controls. It was the first game i used dual sticks for and i'm left handed, so aiming with my right thumb took a while to master...
Best port for me is the Vita one, and in the 3ds version the controls are actually improved and you can do the duckwalk!

DoctorDizzyspin said:
MGS2 is my favorite game, but honestly I'd say that MGS3 is the best, if that makes sense? Like, I love MGS2 but it's rather annoying at times and I feel like MGS3 improved a lot.
Click to expand...

I love the soundtrack of MGS2, its my favorite across all gaming especially "Can't say goodbye to yesterday".

To actually enjoy MGS4 you have to play the other 3 games, or else It's confusing and the gameplay feels too segmented. I personally think it's amazing too, I had a great time playing it and the cut scenes, wow mind blowing, the graphics and animation still among the best there is. Never played MGO2 but most people seem to think its the best MGO...
By the way I have as much nostalgia for MGS3 as I do for 4, I played them all in order up to Peace Walker in 2013.

MGSV for me has the best controls and best gameplay and I do go back and play a mission or two. It's not the best because of the disappointing / badly written story and overall as a game it starts great but ends crappy and lazy. It should have been the best one...
Reactions: DoctorDizzyspin

I'm stuck between MGS 1 or 2 for best one. I think the gameplay in 1 is so perfectly paced and the progression is just unbeatable. Plus, exploring, all the shortcuts, finding all the upgrades, it's just so downright fun. It just lacks a little in the story.

2 really caught me with its story, though, especially the ending. I also genuinely liked Raiden. Big Shell is almost as interesting as Shadow Moses, too.

3 leaves me so mixed. The first time I played it I was certain that it wasn't nearly as good as 1 or 2. I didn't like just how much micro management it added. Cure menu, camo menu, food menu. Even if I liked those aspects, they always felt a little clunky. But then I went back to get the platinum trophy and it hit me that I do appreciate 3 a lot more than I realized initially. Big Boss is just so incredibly interesting, how it ties everything together while being the starting point for everything. It's so well done.

Ive got to give it up to Peace Walker, too. One of my favorite coop games, hands down. I think it struggles a lot from being originally a handheld game, and there's very little in terms of story or characters that feel like they matter (except Kaz) but I had such a blast with that game. I'll always have a place for it in my heart.
Reactions: relauby and DoctorDizzyspin

I don't know how many times I've replayed the 1st one way back in the Playstation era. Played it on that console. I haven't played the remake version on the gamecube, the improved graphics, etc.

Then MGS 3 came along, played it once on PS2 and played multiple times on the 3DS as it was portable. It was an amazing port/remake. The origin story-telling in 3rd installment got me hooked definitely. Plus, gotta try those 3D feature. It may be a gimmick for people, but it's an amazing feature that console especially during that time.
Reactions: DoctorDizzyspin 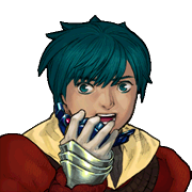 I've only played 1-3, but I wanna say I liked 2 the best. I might even like Raiden better then Snake, oddly enough. The detail in the game just makes me gasp, like more then anything I've ever experienced. I remember for most of the game I was just knocking people out instead of killing them, and then I got the silencer and decided to kill some guys instead, but the first time I did it, I felt...bad. I didn't exactly enjoy killing the guards, but I didn't think the game would actually comment on it. Raiden himself, next time I saved, confided in Rose and just, God, that feeling was incredible. Raiden and I feeling the exact same thing. I gotta admit though, the worlds of 1 and 3 are more interesting then 2, considering you're just on the Plant the whole time in 2.
Reactions: relauby and DoctorDizzyspin 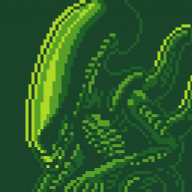 1st/best: MGS3. To me one of the most immersive games I've ever played. The jungle and survival, the story...
2nd: MGS1. I first played it on PC instead of PSX, so I had the luck of better 3D, but was also my first series game played, so wasn't hard to not put it in the first place... Real jewel, pending to play it again now that I got the GOG version.
3rd: GameBoy Color MGS. It is really really good, I don't know how they did to put so much content and gameplay on a GBC title, but to me it combines the best of Metal Gear, Metal Gear 2 and Metal Gear Solid. It might sound as heresy, but I prefer it to the original MSX/MSX2 titles.
Reactions: DoctorDizzyspin
You must log in or register to reply here.

After years of delays, the Metal Gear Solid board game has been cancelled