Hacking Which Flash Card is most popular ?

Which one are you using? Let's see which has the most users 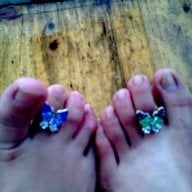 Anything with the name R4
F

Two separate questions here: are you asking what most people buy or what the people on this forum buy?
First question: R4
Second question: ANYTHING AT ALL BUT R4!!!! GRRRR! R4'S... DON'T BUY THEM!
Anyway, if you actually want to know which carts us forum members buy, you will need to extend that list a fair bit (EDGE, M3i Zero, Supercard etc.).

Why is everything up there besides the acekard a clone?

If you really want to ask get actually good flashcarts, and to go ahead and block you from re-posting this I'm going to say don't do that because you should use the search button. Why? Because this questions is asked waaaaay too much.

you also missed super card onei and ez flash
B

It seems the R4 is the most popular, even though it's not the best anymore, I still know people who think that they have to get an R4 because that was the most popular card when SLOT 1 flashcarts were just coming onto the scene a few years ago. It's got name recognition.

From what I read from others that in China, the DSTT seems to be really popular over there.

So it seems the DSTT and R4 (it's clones) are the most popular overall, for newbies or vendors trying to push those particular brands. Obviously is does not necessarily mean the best card obviously.

You can see what cards have the most fakes, and obviously that's a good indication of popularity. Tons of fake R4 cards and DSTT cards.

People who do research obviously know of the myriad of other cards, which arguably are better, like the CycloDS, M3iZero, Acekard2i, EZ Flash Vi, Supercard DSONEi etc. EZ Flash Vi and the Supercard DSONEi, which have gotten very good reviews, seem to be overlooked and overshadowed by the CycloDS, M3 and Acekard cards, so I'd say on the online flashcart scene, probably the CycloDS, M3 and Acekard are currently the most popular for available cards. The EDGE, which many of my friends bought, was also a popular card but no longer available (but who knows, maybe the upcoming IEDGE card which be gaining lots of popularity.)

R4 is probably the most known, and because noobs have read really old stuff about it, they go and buy a clone, making the clones quite popular - but for the wrong reasons.

I good popular cart would probably the Acekard. 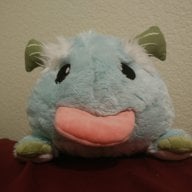 DS is arguably the CycloDS, but that is quite subjective.

You seem pretty well-informed about all the popular flashcarts. But don't forget this one to make your list complete.

All those links lead to the same online store. This is just stealth advertising.

EDIT: His other posts all contain links to the same store too.

Depravo said:
All those links lead to the same online store. This is just stealth advertising.

EDIT: His other posts all contain links to the same store too.
Click to expand...

We have a winner

Yeah, this thread is just for advertizing....not a real "best flashcart" thread..