Hacking When to buy the Vita and what I can do out of the box.

Hey guys at gbatemp, I've been going to this site for ages but I don't think I've posted before. Right now I'm just asking, should I buy a vita if I'm only interested in hacking? It seems like buying early and getting an old firmware is important. I also am slightly interested in ultimate mvc3.

My other question is, what all can I do in regards to homebrew, right out of the box? I understand there is a HBL? 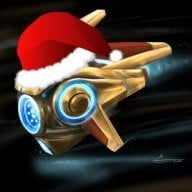 Well, just buying only if it's hacked irks me, but you should support the company.
Y

I just want homebrew support like on my PSP.

If you're only interested in getting the Vita for hacking, then you're taking a pretty expensive gamble because there's no guarantee that it will ever be hacked. On the other hand, if later down the road it is hacked, then you're right in that it generally is better to have an older model with older firmware for the purpose of modding it. I would probably get it sooner than later to be safe. But even if it never gets hacked, I still think it's a great system and well worth the money.

This topic has all the info you need to know about the current state of homebrew on the Vita.

Ah, ok. That's different.
Well, as of now, Densetsu has said everything you need.
Y

Alright, thanks for that answer Densetsu. I remember I got a ton of time out of my PSP with liberty city stories before I hacked it months later.

thinking of buying a vita, what should i know?

D
What would you guys do?