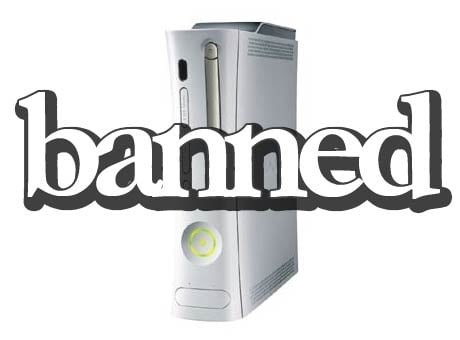 ATTENTION ALL XBOX 360 USERS! Microsoft has started their annual ban wave a little early this year. This is just a friendly reminder to let you know that you should be careful and avoid signing on to Xbox Live until things simmer down a bit. (Assuming that your console is running hacked firmware, of course).

Q: If my console does not have hacked firmware and I always play legit games, will I get banned?
A: No. You are only at risk of getting banned if your console is running any form of iXtreme firmware.

Q: I just signed in and I'm not banned. I should be safe, right?
A: Wrong. You can get banned at any time, especially in the next few days/weeks. You should try to stay away from Xbox Live until the ban waves stop.

Q: But I haven't been playing any leaked games! I made sure all my games were stealth patched and everything...
A: You are ALWAYS at risk of getting banned if your console is flashed, regardless of whether or not your games are stealth patched.

If you have any other questions or concerns, come to the discussion thread (link below) and ask away!

PS3 HEN Ban Risk without Homebrew Installed at all? (I know, it sounds silly...)