Voice Actor Says MW2's Ghost Might Get His Own Game

QUOTE said:
At the game's UK launch event, Craig Fairbrass, the voice actor for Ghost in Modern Warfare 2, said the character will get a spinoff comic and possibly a game of his own, although what exactly is not clear.

Here's the quote, which That VideoGame Blog attributes to audio of the event:

I did in the last game a voice for a character called Gaz and in this game I'm now voicing a guy called Ghost, who now just got a spin-off comic of his own and they're talking about another little game to go with it. So, I'm quite excited about it. It's grown and grown and grown.

Destructoid notes the context in which this was mentioned - "another little game to go with" a spinoff comic - means it could be just a flash game to coincide with the book's launch (which coincided with the game's Nov. 10 release). That's a pretty reasonable take, although I've asked Robert Bowling if he or Infinity Ward would like to say any more.
Click to expand...

I guess this is just the beginning... u may never know but each modern warfare 2 character may get his own website and album

I do hope this happens, Ghost is such an awesome character... 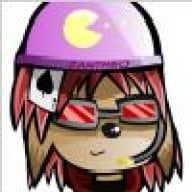 Anyone knows where I can buy his balaklava? :>

funny how both characters got killed off

Joe88 said:
funny how both characters got killed off
Click to expand...

I laughed at bit at this.

Ghost is a pretty cool character. Just reminds of Gaz too much... Roach = Soap and Ghost = Gaz. They both worked together, until the end where something severe happens.