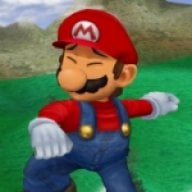 Compatible with PSM 0.99
Cracked version, no PSM required (1.9, latest): http://www.mediafire.com/?ph7kliq66ilc2i2​
In accordance with the license agreement of the PlayStation Mobile SDK, no PSM .DLL files are included within this project.
The applications will load them automatically if the SDK is installed.
However, in order to build the source code, you will need to include them manually.