A sequel of "Xanadu". Zelda was influenced "mysteriously" from this game.
L

it's been out for ages in the US

the file size is wrong too 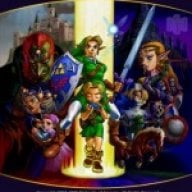 Faxanadu is considered a side story of Xanadu, which was the second installment in the Dragon Slayer series.

The name Faxanadu comes from FAMICOM (the name of the nes system in japan) and Xanadu.

There is also NO way this game influenced Shigeru Miyamoto in creating Zelda as Faxandu was released over a year later.