Hacking USBGecko - Is it a Collector's Item? 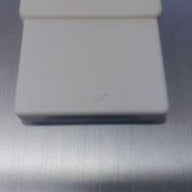 I still have a USBGecko, a dev tool for the Wii that I was using some time around 2010. There was a short time after being discontinued that it was selling for ~$400 until someone started selling an equivalent. I know it's not in the same type of demand, but I'm wondering if it has any resale value as a collectors item. I can't find any recent price information for it.

I'm talking about this one: https://wiibrew.org/wiki/USB_Gecko

Also, I'm looking to buy the original box for it if anyone you know has one. Thanks!
Sort by date Sort by votes 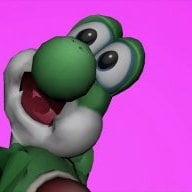 i don't think about using usb gecko as well, i'm not too support you to use Usb Gecko but if you want to use it, don't worry,

They are pretty valuable, I don't think they're worth $400 but people will certainly pay a good price for an original one.
Upvote 0 Downvote 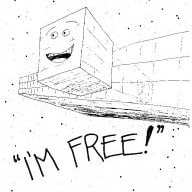 Just to be very clear:

I recently made a request at 2 different companies which are able to completely produce the whole USB Gecko PCB including soldering it's components.
Though, they are not able to flash the firmware onto the ALTERA MAX II.

Their quality is quite good from what i can tell.

I placed an order of 2 devices at either of those 2 companies and they had a cost of about 300 euros for 2 devices.
For me it was worth the price as i always wanted to have it once again. Now I'm in possession of 3 working devices.
1 of those broke upon flashing it using the JTAG line which was my fault.

I'm not going to sell these - just to be clear!
Upvote 0 Downvote

300 Euros for 2 devices soldered (does this include components as well?)? Either way that is not bad at all for a prototype creation and build type fee. Been a while since I engaged such companies but often they would struggle to answer the phone for less than 1000. Granted they all seem to have got on board with using the extra panel space on a batch rather than scrapping it, or straight batching prototypes from 10 different people.
What sort of lead time was this?

Anyway continuing with the necro. You will probably always find someone willing to part with some hard earned for something cool on the shelf* from a certain scene despite no particular practical use (I never much cared for the SNES but if someone offered to sell me a couple of those floppy disc "flash carts" you bet I would bust open the wallet and give them some beer money to have something cool on my shelf, or pass it along for the same to someone else that would appreciate them more, this despite far far far better SNES efforts available for reasonable money today). Here there are some practical uses but nothing like a means to install on harder devices, bring back commonly bricked devices or otherwise pull off something interesting. Being able to debug/cheat search on hardware is fun but emulation is more or less there now for those that want it which will cap the price somewhat.
You might then get someone that pays up but compared to the high prices they reached after they stopped being made, new games were still coming out and they could do cool things for you then not so much.


*put it another way. We had people around here collecting nopass devices at one point despite all of them being functionally identical (they booted your GBA slot cart in DS mode) and for the most part pointless after one or two runs as people would just install flashme instead.
Upvote 0 Downvote

@FAST6191 yes, 300 euros for 2 devices with every single component soldered. I just had to flash the ALTERA MAX II for myself using JTAG. It was then working.
Upvote 0 Downvote

Nintendo Switch Today at 11:32 AM
Ooryana

Okay but seriously how on earth do fonts work with libnx? (Please help, am dying inside here)